Here you will learn 9 phrasal verbs with play with meanings and examples.

Phrasal verbs are used commonly in formal and informal English. Learning English phrasal verbs will help you boost your vocabulary and achieve fluency in English. 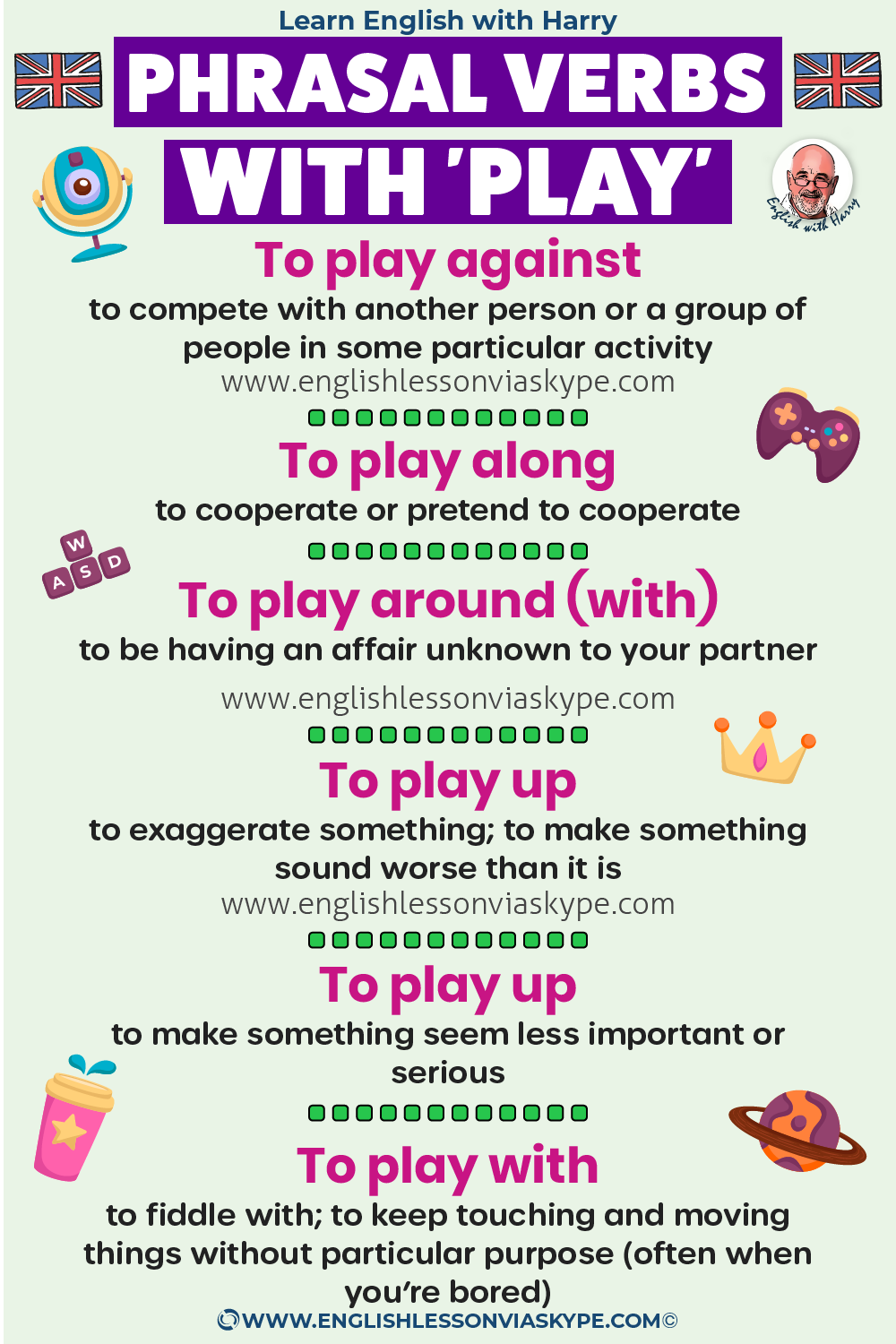 Hi, there this is Harry and welcome back to my English learning podcast Speak Better English where I try to help you to get a better understanding of the English language.

I help you with grammar, phrasal verbs, idiomatic expressions, phrases, all aspects that will help you improve your conversational and business English.

And of course, we also focus on pronunciation.

But of course, it can also be a noun like ‘a play’. A play in the theatre. But we’re going to focus on phrasal verbs with play and how we can use them in English.

As you should know by now, phrasal verbs are made up of a verb (in this case play) and then a preposition.

Meaning: to compete with another person or a group of people in some particular activity

In a football game or any sports activity where there are teams or individuals involved, we always say to play against.

In a game of tennis doubles, my partner and I would play against the opposition.

Who is your team playing against this weekend?

Meaning: to assist someone or agree with something that someone is doing or saying, especially as part of a trick or joke

I wanted to play a little trick on Adam and I asked the rest of the family to play along.

The suspect played along with the detective’s attempts to blame him for the crime.

Now, we can also use play along when we’re talking about musical instruments.

to play along (with)

Meaning: to perform a piece of music while someone else is playing

Do you want me to play along with you? You play a few chords on the guitar, I’ll pick it up and I’ll come in on the piano. 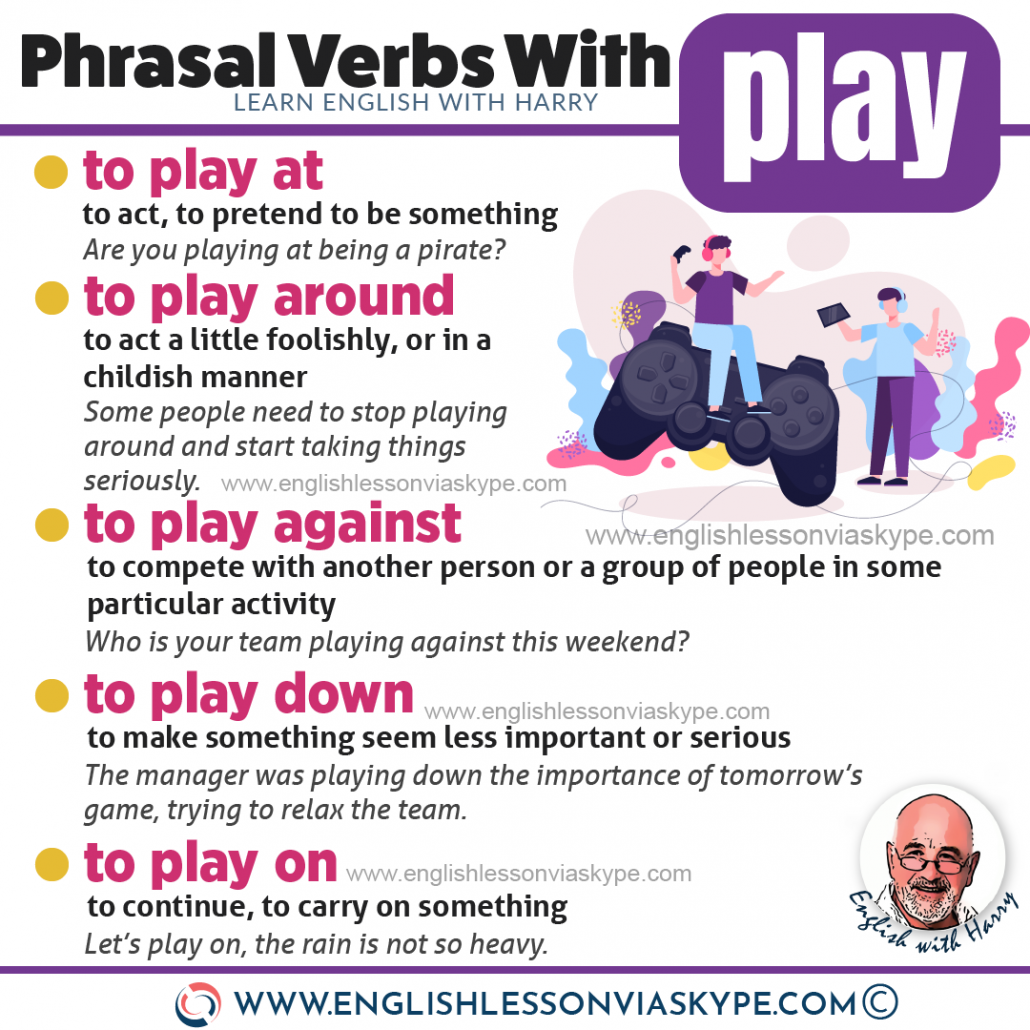 Meaning: (usually children) to spend time with others or on your own doing something that you enjoy

He’s always playing around with his younger siblings.

Don’t play around on the street beside the cars because there might be an accident.

Meaning: to act a little foolishly, or in a childish manner

Some people need to stop playing around and start taking things seriously.

to play around (with)

Meaning: to be having an affair unknown to your partner

I found out he has been playing around with three different women for five years.

Meaning: to replay something that was previously recorded

I didn’t quite get the message. Could you please play it back to me and I’ll be able to understand exactly what they want?

Meaning: to act, to pretend to be something

Are you playing at being a pirate?

When you might be annoyed with somebody who said something or upset you in some way, you want to know what they are playing at.

Meaning what are they doing.

What are you playing at? That wasn’t really what I was expecting.

Meaning: to continue, to carry on something

Let’s play on, the rain is not so heavy.

to play up and play down

They are opposite so let me just try and explain that.

Meaning: to exaggerate something; to make something sound worse than it is

Children often play up a little bit if they don’t want to go to school.

Meaning: to make something seem less important or serious

The manager was playing down the importance of tomorrow’s game, trying to relax the team.

He faced criticism after playing down the importance of wearing masks in public during the pandemic.

Meaning: to engage in play with someone; to be part of the game

Let’s go to the park and see if we can find somebody to play with.

Meaning: to consider something without giving it a serious thought

We’re playing with the idea of buying a holiday home.

So here all phrasal verbs with play. Let me repeat them one more time:

Hopefully, you’ve enjoyed those and if there’s anybody you know out there who you think will enjoy the podcast, please introduce it to them.  If you have any comments, then you can contact me on www.englishlessonviaskype.com

Check out intermediate and advanced English lessons + valuable information on the IELTS test at the British Council website. 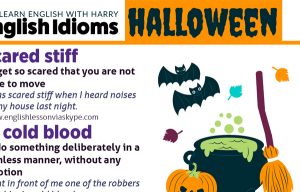 10 Halloween idioms and expressions to boost your vocabulary and improve your English speaking skills. Listen to the podcast Speak

Have you ever looked at some English words that are spelled differently pronounced the same but have different meanings? These 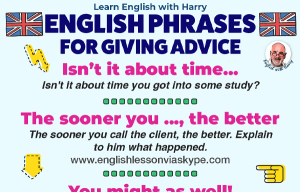 12 Ways To Give Advice In English

Learn the 12 ways to give advice in English. This lesson is all about giving advice using popular English phrases