Here you will learn 13 phrasal verbs with Let. Things we will go through include: let somebody down meaning, let up meaning, let in on meaning, etc… I will give you plenty of examples and you will be able to understand the meaning in context. Let’s get started! 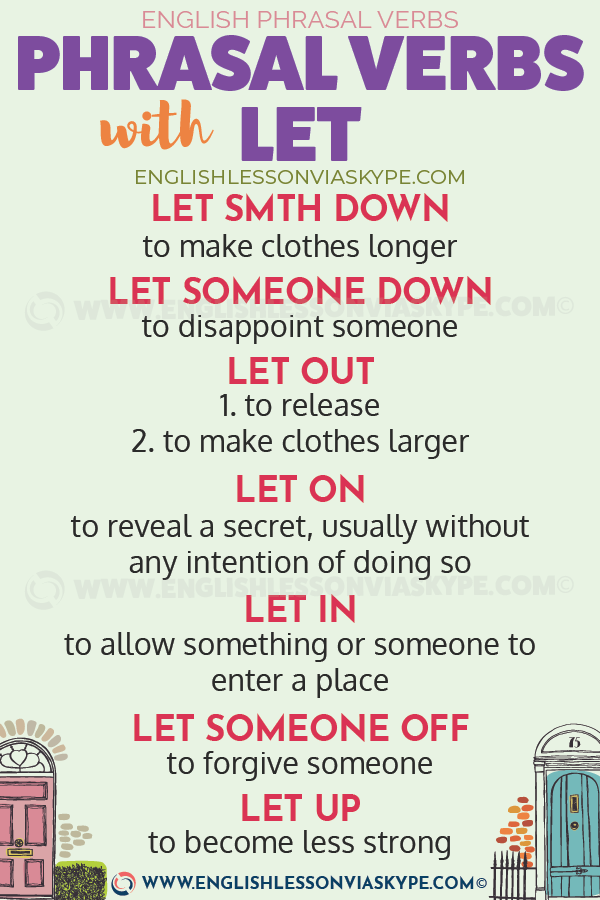 Share and help other students to improve English skills:

1️⃣ LET SOMETHING DOWN

Example: I need to let down this dress, it’s too short.

2️⃣ LET SOMEONE DOWN

meaning: to disappoint someone

Example: He really let me down by lying to me.

meaning: to reveal a secret, usually without any intention of doing so

Example: That was John who let on that she had stolen the money.

4️⃣ LET SOMEONE OFF

meaning: to forgive someone, not to punish

Example: The police officer let him off without arresting him.

meaning: to cause a bomb or a similar device to explode

Example: On Tuesday evening police said they did not yet have any idea who had let off the bomb.

Example: The boat won’t sail until the strong winds let up.

Scroll down for 7 more Phrasal Verbs with Let. 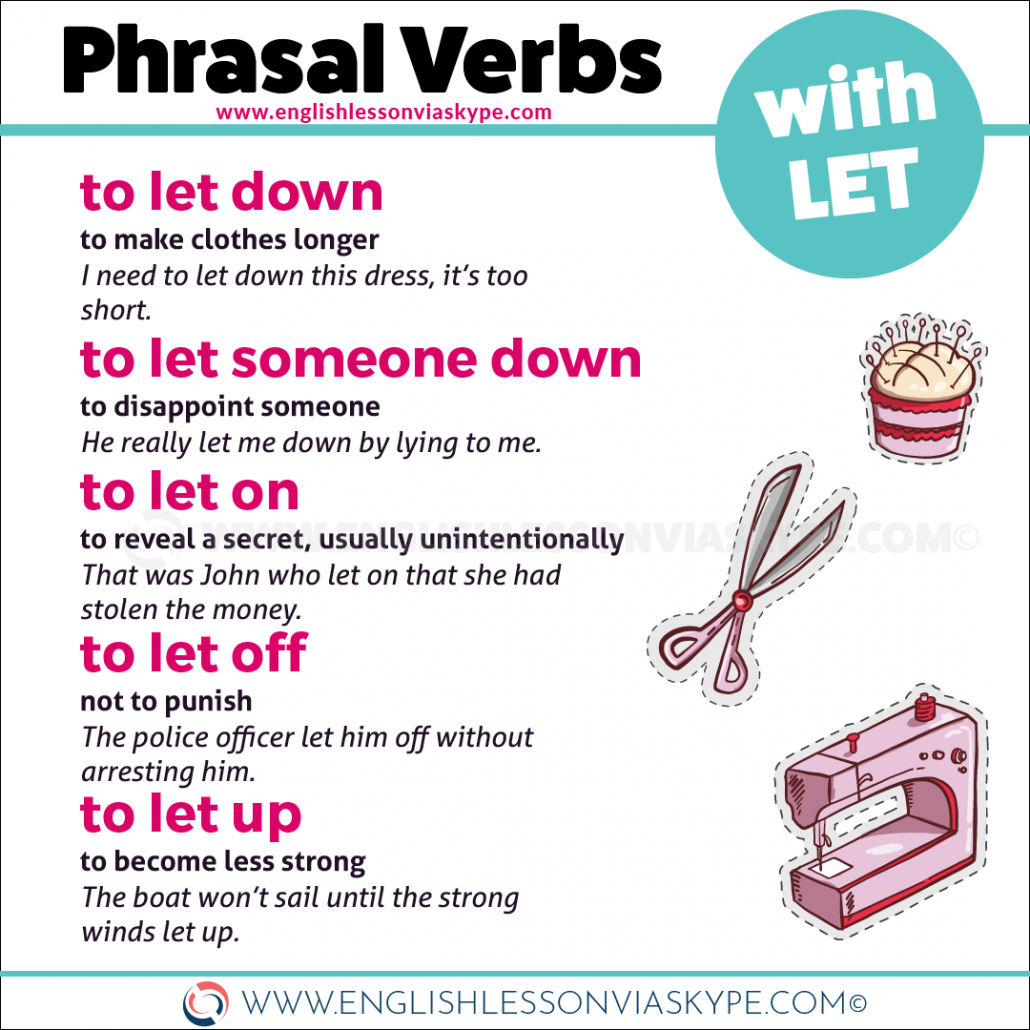 7️⃣ LET SOMETHING INTO SOMETHING

meaning: to put something such as window or decoration into a flat surface (wall, roof, floor, etc) so it doesn’t stick out

Example: A box, about ten inches deep, was let into the floor of the cupboard.

Example: School will let out at 12:30 PM this Friday because of the final exams next week.

9️⃣ LET SOMETHING OUT

Example: I’ve gained a few pounds over Christmas, so I have to have my skirt let out.

1️⃣0️⃣ LET SOMEONE OUT

meaning: to release someone

Example: After 10 years, Peter’s uncle was finally let out of prison.

meaning: to allow someone to know about something

Example: He wouldn’t let me in on his plans.

meaning: to allow someone or something to enter a place

Example: Let the light in with a tall sliding glass door.

Jack knocked on the door, and I let him in.

1️⃣3️⃣ LET YOURSELF IN FOR SOMETHING

meaning: to get yourself involved in an unpleasant situation, usually unintentionally

Eaxmple: I don’t know why Jim lets himself in such an isolated lifestyle.

Phrasal Verbs with DOWN

Common Phrasal Verbs with UP