Reading is a wonderful pastime. Everybody likes reading whether it is a book, a novel, magazines or even dare I say it blogs! What other verbs can we use in English when referring to this wonderful pastime?

After reading this, you will learn 5 English verbs that you can use instead of READ. 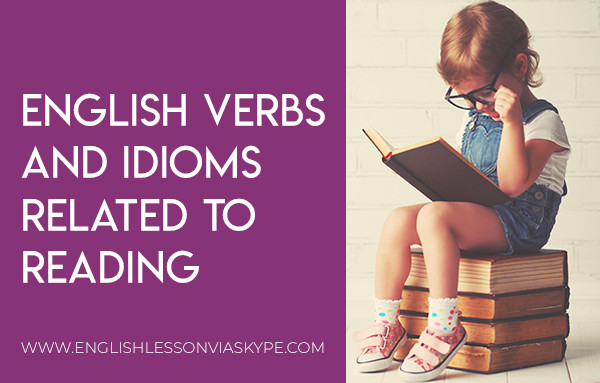 You may not have a lot of time so you look at or read something quickly.

Example: I glanced at the headlines in the newspaper to see what was happening.

If you are waiting for someone to arrive or sitting in a waiting room before an appointment you might flick through a book or magazine to pass the time. It is a quick look without really spending too long on any page or article.

Example: Sarah flicked through the magazine out of curiosity and ended up buying it.

LOOK or LOOK THROUGH

You might be asked to read something in detail by your boss and check it for content, errors etc. You will look through it or look over it in some detail.

Example:  I looked over your article and it seems to be very informative.

Scan has a more modern use now relating to documents that you want to send electronically. You scan them (with a scanner) and send them via email to your contact. However, you can use your eyes to scan a document quickly.

All students will be familiar with this word. When we are reading books or documents for the purposes of our school work or university work then we read in a different way so we study that document in detail to extract (take) as much information as possible.

Example: I have studied the documents carefully and would like to ask you to do the same. 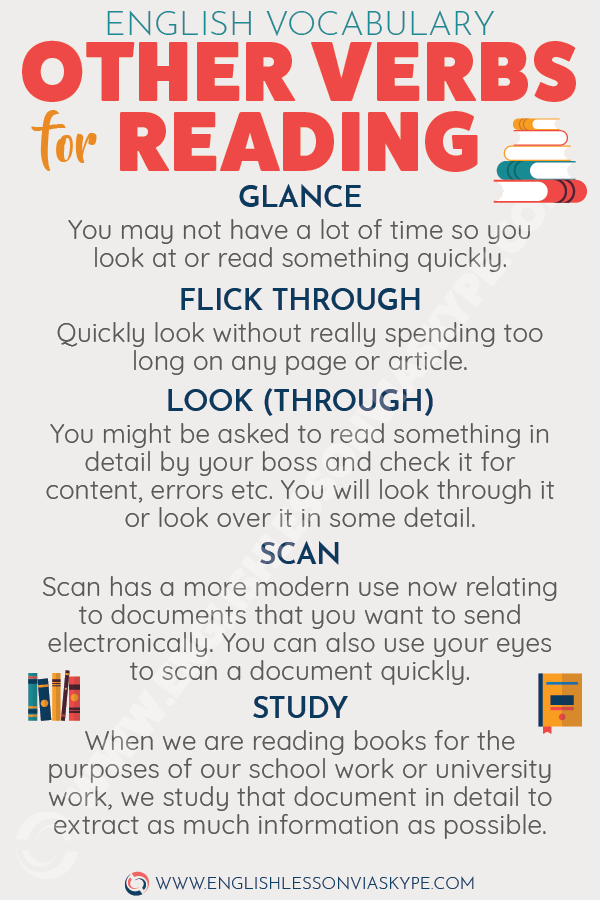 ex. My son is always struggling with maths in school, it is a real closed book to him.

A TURN-UP FOR THE BOOK(S)

This expression is used to describe an unexpected development of events, a surprising and unusual occurrence. When we use it in a conversation, it usually has sarcastic meaning.

BE IN SOMEONE’S BAD BOOKS

To be out of favour with someone.

ex. Sarah is not talking to me. I’m in her bad books for not inviting her to the movies on Saturday.

According to someone’s opinion, from someone’s perspective.

ex. I don’t know about this situation in detail, but in my book, it’s you who have to apologise.

BRING SOMEONE TO BOOK

To punish someone who did something wrong or to make someone explain their actions publicly, someone should be brought to justice.

ex. Hooligans responsible for storming of city hall should be brought to book.

To falsify financial statements or records to someone’s advantage, usually in order to get money unnoticed

ex. Auditors discovered that company accountant had been cooking books for years. 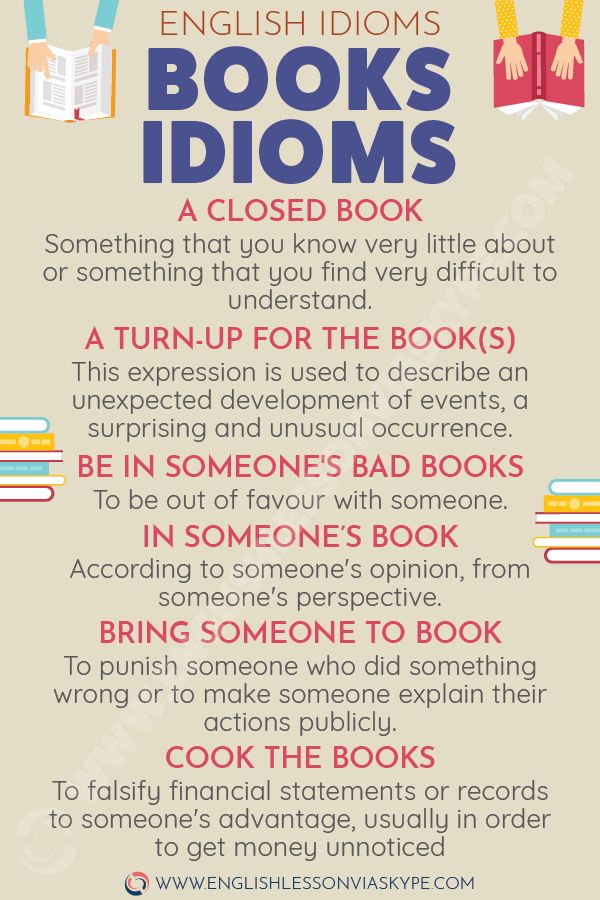 How to ask for directions in English?

Intermediate English learners! Here is your chance to master English Grammar Tenses so you can speak English fluently and with confidence, sign up for 3 hour English Grammar Rules Refresher Course. Click on the link and enrol today. Bring your English to a higher level!

Asking for a Refund in English

Other Words for Difficult

Other Ways to Say Ups and Downs in English