I always advise people to speak simple English. Why? Well, it is easier to understand and usually it means you do not have to repeat yourself to get your point across.

However, some people whether it is simple English or complex English talk in a way we don’t readily understand. Here are some words and phrases we can use to describe their words.

▪️ Meaning: we use this as a polite way of indicating that what he is saying either is wrong or does not make any sense. His view might be opposite to our own view and we therefore do not agree with him.

I was listening to the government minister talking about plans to tax people on the number of pets they have! He was talking rubbish, this would never work!

A LOAD OF RUBBISH

▪️ Meaning: this is similar to the option above and a little more definitive. This means you do not agree or accept anything someone is saying.

My manager tried to explain to me why I was not getting promoted even though my performance was spectacular. Something about quotas and head office ratios. I did not understand it. Such a load of rubbish. 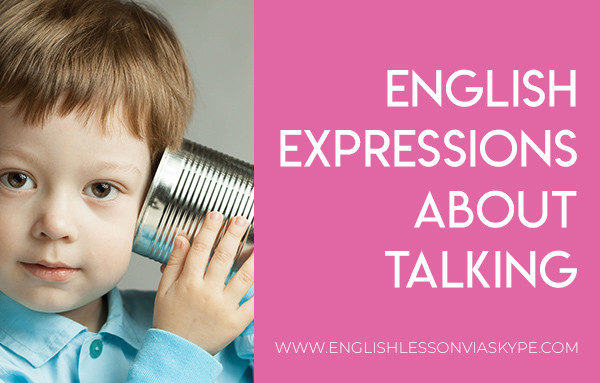 TALKING THROUGH HIS HAT!

▪️ Meaning: another way to express your view on his someone’s opinion or ideas.

His idea to get people to stop using their cars for work journeys will never get approved. He is talking through his hat!

▪️ Meaning: people can talk the same language yet because they talk in a very complex way we never understand them and we are left wondering what language are they speaking!

– Did you understand the boss today when he spoke about the performance of the company?

WAY OVER MY HEAD

▪️ Meaning: some people try to sound more important than others by using long words and complex sentences. The message is often lost and the person to whom they are talking has no idea what they are talking about.

Wow, that went way over my head! I didn’t understand a word. What did he eat for lunch? A dictionary!!

▪️ Meaning: saying something that doesn’t make sense, people find it hard to understand what a person is talking about. Same meaning as TALKING RUBBISH.

She was very nervous and talked absolute gibberish when accepting the award.

Of course there are other ways to express your opinion about the words someone uses but they might be a little offensive (not so clean or nice) so we will focus on the acceptable replies only! What English expressions about talking do you use?

Hopefully, none of the above English expressions about talking will be used towards you. And if you really want to speak simple English, learn new vocabulary words and master English phrasal verbs, check out the following links:

Idioms Related to Happiness and Sadness

Got a spare 60 seconds? ⁣ ⁣ Find out the meani