Hi there. Today we’re going to look at 20 English collocations with Break.

First of all, let’s repeat quickly what is a collocation. A collocation is a specific arrangement of words that has a certain meaning.

Are you ready? So let’s get started. 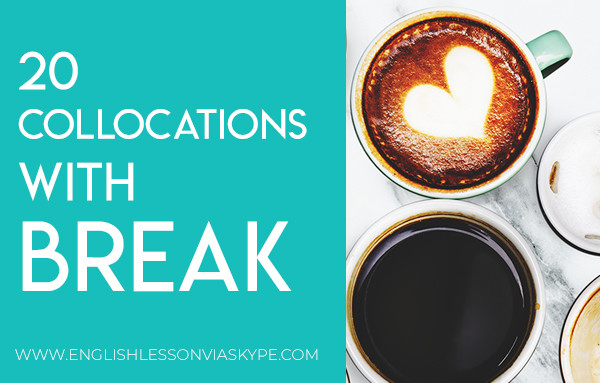 BREAK INTO A RUN

Example: When Jenny saw her grandma, she broke into a run.

to stop doing something that is habit, particularly a bad habit or routine

Example: Sarah quit smoking two months ago, she broke a habit she’s had for more than half of her life.

to cost a lot of money

Example: This dress is not on sale, but still only £25 full price so it won’t exactly break the bank.

to make neither a profit nor a loss

Example: The shop hadn’t made money since it reopened and we’ll be lucky to break even after it is sold.

to discover something new in the area of knowledge

BREAK GROUND WITH SOMETHING

to make a start

Example: Sam always knows how to break the ice and get people feeling relaxed.

Example: I crashed Dad’s car over the weekend but I haven’t broken the news to him yet.

to spoil something, to bring something special to an end

Example: Our eyes met and my heart leapt. Then, she blinked and broke the spell.

to have a fracture in your bone (arm, leg)

Example: She broke a bone in her hand when she fell off the horse. 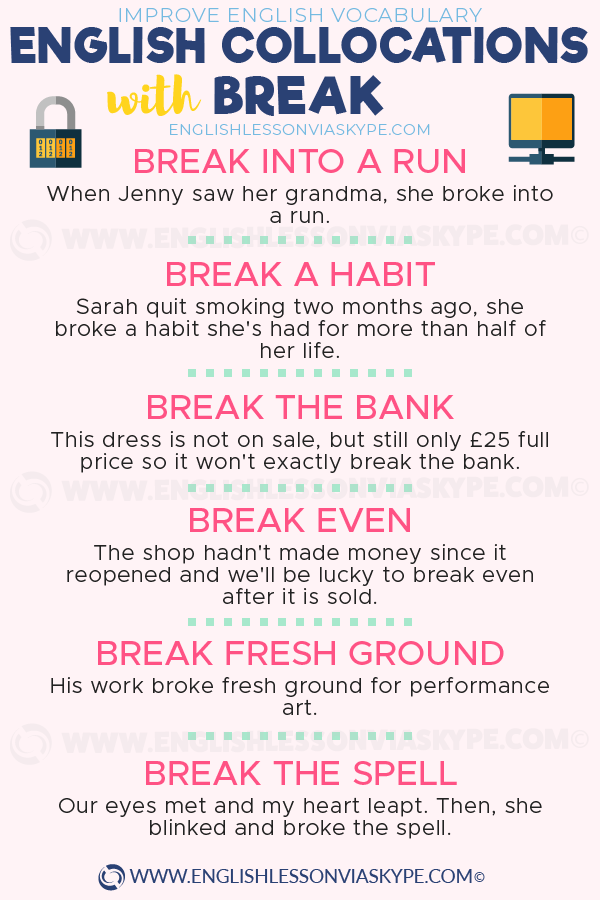 Example: Avengers Endgame has broken all the records at the box office.

to say or to do something that makes someone feel very sad. To end a relationship with someone by telling them that you are not in love with them anymore

Example: He loved her and she broke his heart by lying to him.

to do something that is not allowed by the rules

Example: It’s simple, he broke the rules and should be punished accordingly.

to make a crack in the window

to end a silent period by starting talking or making noise

Example: I broke the silence by saying something silly about the weather.

to break something in two parts

Example: She broke it in two and gave me half to eat.

to put a lot of effort into achieving something

Example: I was breaking my back doing this stinking job.

BREAK THE BACK OF

to complete the hardest or main part of an exercise, project, assignment, etc

Example: Today, they finally broke the back of this tricky composition.

to stop someone from falling down

Example: The falling man landed directly on top of the donkey, which broke his fall.

Example: We broke the secret code yesterday. By accident, almost.

What’s the difference between Seem and Look and Appear

Free resources can always be found on BBC Learning English. 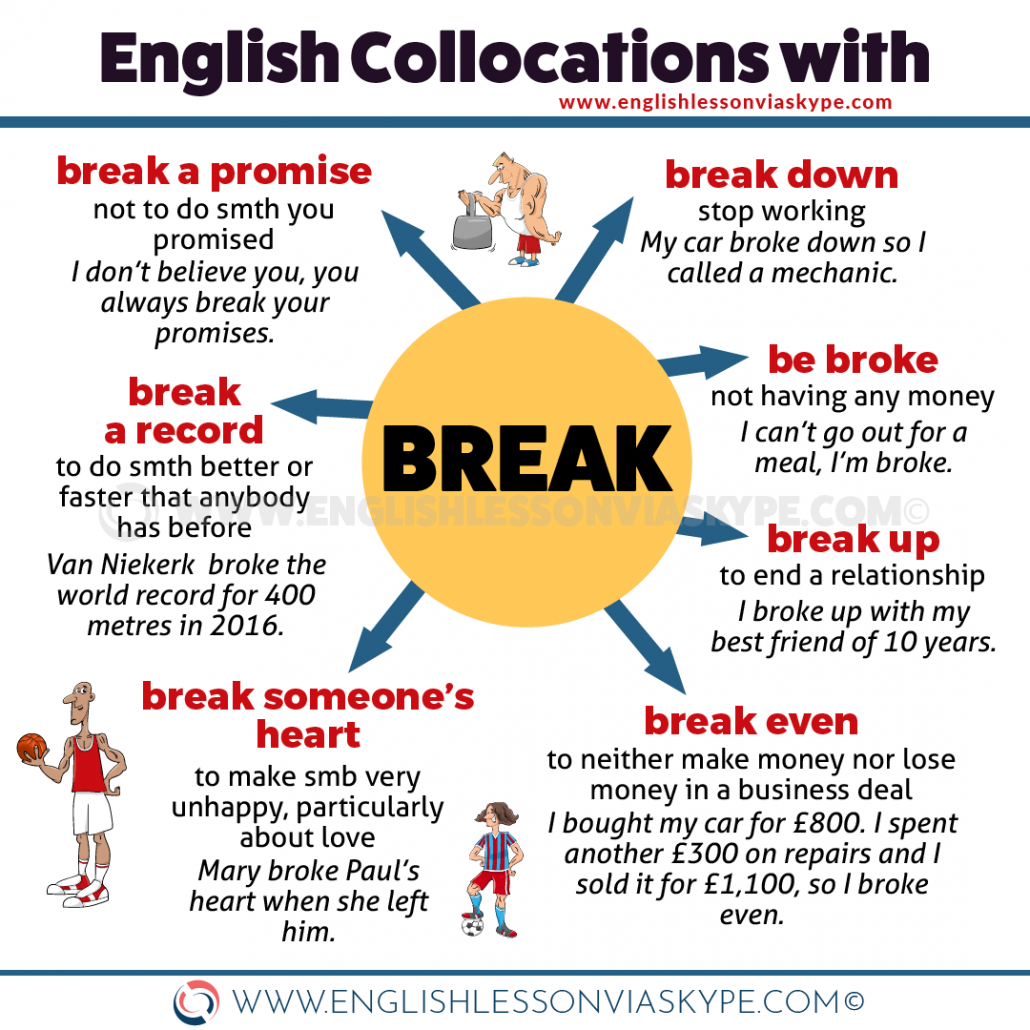 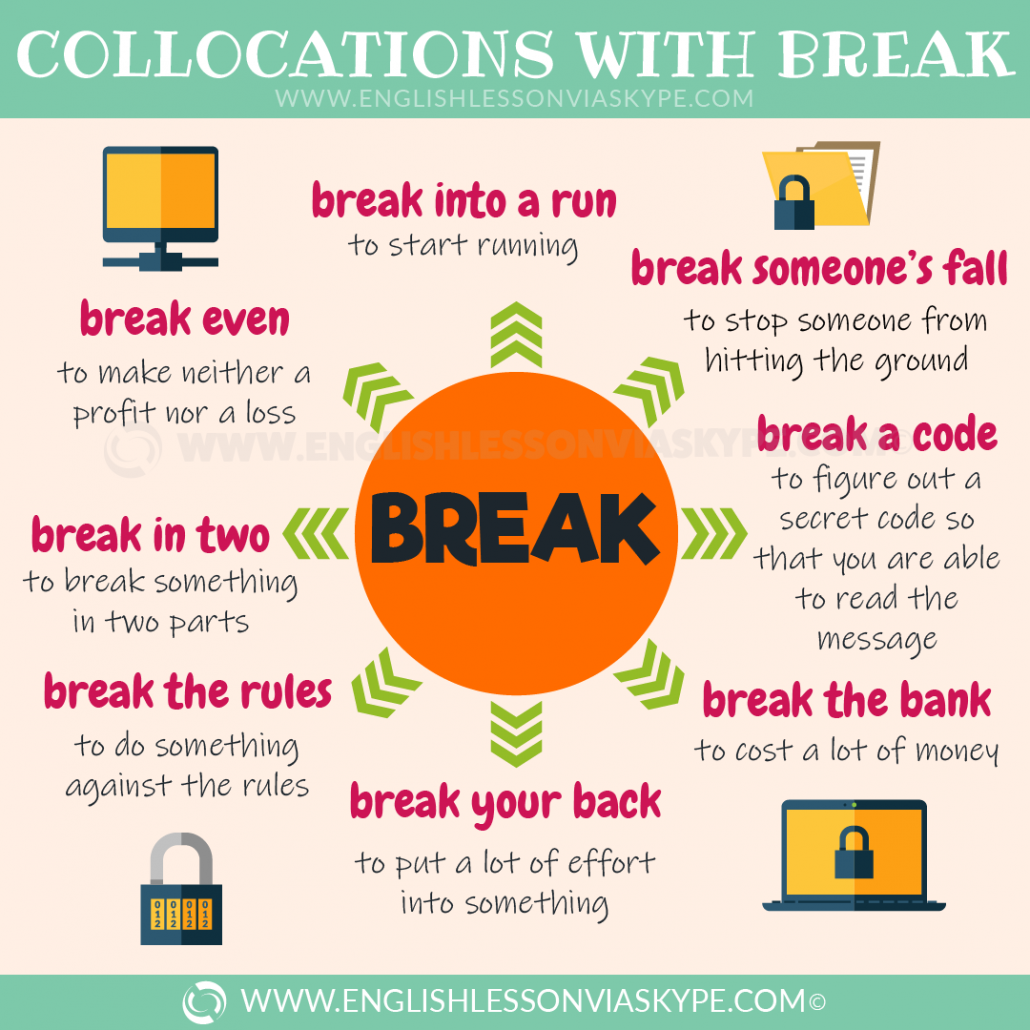 English Expressions with GET