In this post you will learn 16 phrasal verbs with out. Phrasal verbs change the verb’s meaning based on the preposition that goes after them.

Today, let’s concentrate on the preposition out and the phrasal verbs that I have for you today are:

break out, check out, come out, die out, find out, hand out, knock out, leave out, look out, make out, pass out, put out, run out, stand out, try out, turn out 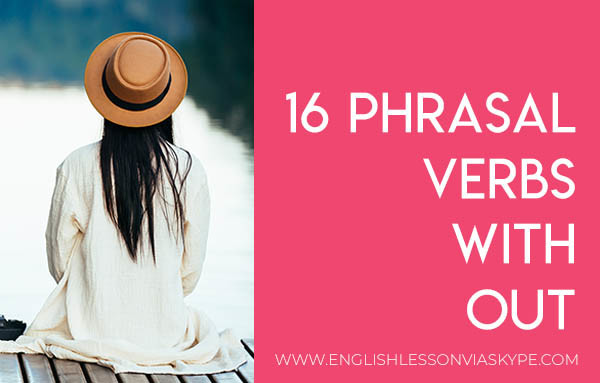 Phrasal Verbs with Out

you usually shout this to warn someone that they are in danger. For example, when there is a car or bus approaching and they don’t notice it.

Example: ‘Look out! There is a car coming’ he shouted to the boy who was about to cross the road.

1. to extinguish a fire

Example: Paris firefighters battled through the night to put out the blaze at Notre Dame cathedral.

2. to switch off a light

Example: Could you please put out the light in the kitchen?

to test something, to see if something works the way you want it to work

Example: Nowadays software comes in so many forms, you need to try it out before you buy it.

to give something to different people in a group

Example: The teachers asked me to hand out the exam papers.

something starts suddenly and quickly spreads (a war, epidemic, etc)

Example: The disease first received international attention when an epidemic broke out at the end of the XIX century.

something gradually ceases to exist and eventually disappears

Example: Unless something is done soon, hedgehogs will die out in the UK within the next 20 years.

to happen in a certain way, to have a particular result

Example: We thought we were seeing the real painting, but it turned out to be a fraud.

to faint or lose consciousness

Example: It was so hot and stuffy in the room that I thought I was going to pass out.

Phrasal Verbs with Out 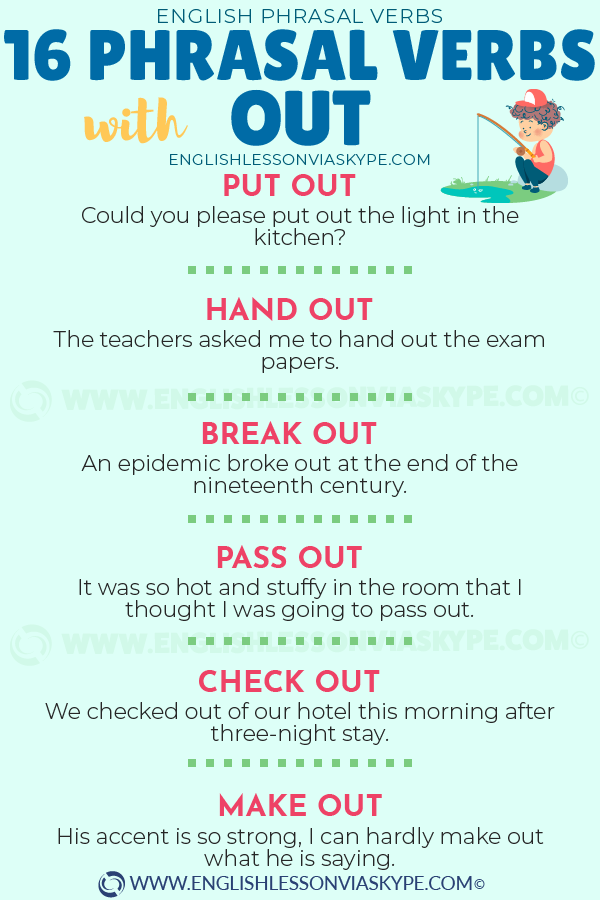 when you check out of a hotel, you pay the final bill and give back your room key before departing

Example: We checked out of our hotel this morning after three-night stay.

to be very noticeable on one way or other

Example: She’s  recently dyed her hair blue and now really stands out in a crowd.

to not include something or someone

Example: Sarah was very unlucky yesterday. She got an awkward seat at the table  where she was completely left out of conversations.

to learn or discover something that you didn’t know before

Example: Visit the link below and find out about the online English courses I offer.

to manage to see, read or hear something

Example: His accent is so strong, I can hardly make out what he is saying.

to be available to the public

Example: His last book came out just before Christmas.

1. to make someone unconscious for a while

Example: The pills knocked me out, I didn’t hear her.

2. to eliminate someone from a competition

Example: They were lucky to stay in the top four with victory over the team they knocked out of the tournament.

to not have any left

Example: I really wanted to have porridge for breakfast but we’ve run out of milk and I can’t have it with water.

Collocations with Speak and Speech 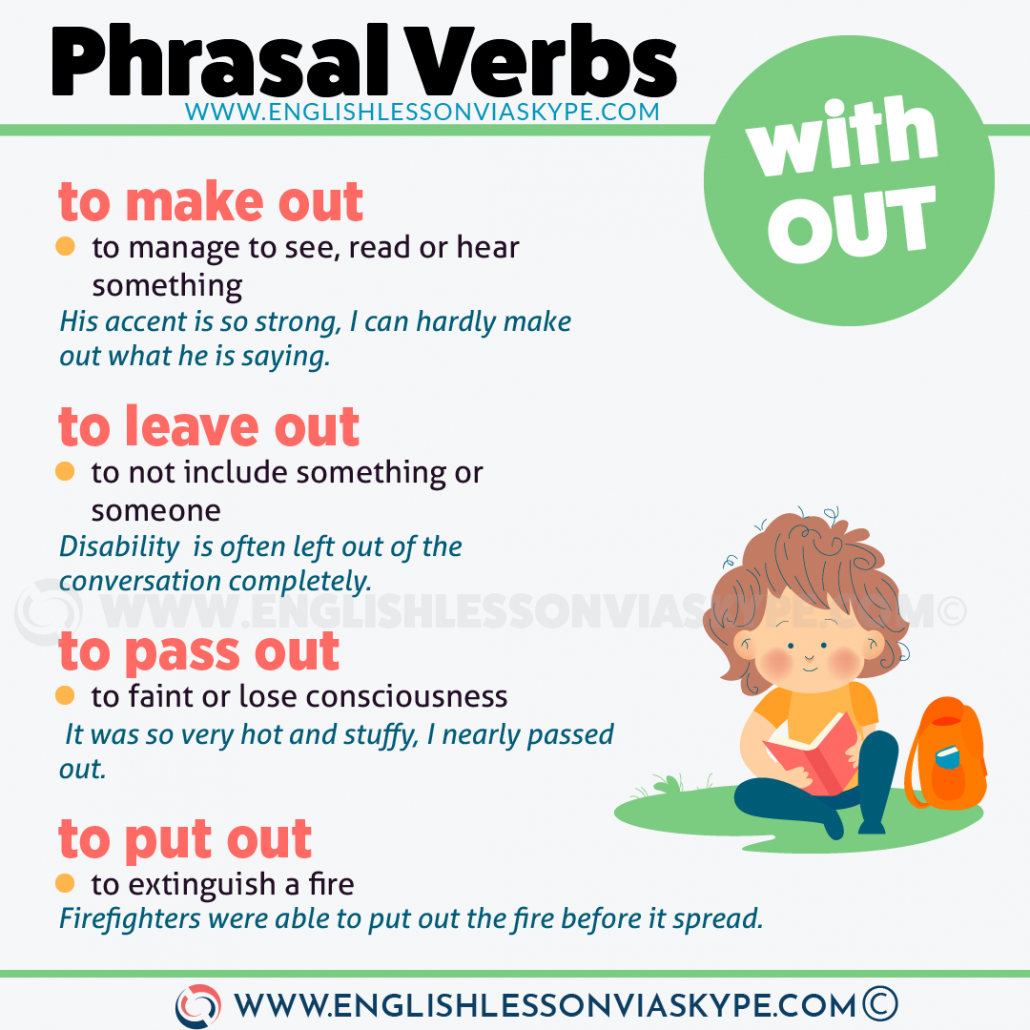 English Phrasal Verbs with Take with Meanings and Examples