Recent studies point out that 30% of our communication is speaking. There are many verbs in English that describe speaking. In this post you will learn 9 alternative verbs for speaking.

to annouce, to confess, to gossip, to grumble, to stutter, to swear, to yell and to chat 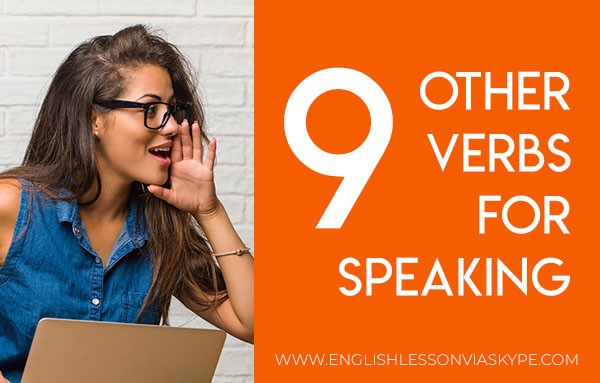 to give information to people via the public address system, for example at an airport, shopping centre, railway station

Example: A voice on the loudspeaker announced that our train was about to leave for Paris.

to admit that you have done something wrong

Example: He confessed that it was him who stole the money.

to talk about others

Example: Don’t tell Sarah anything about your private life or the whole office will know within 24 hours. She gossips a lot.

to complain about something continuously

Example: ‘It’s always me, I’m always the one who has to do the washing-up!’ she grumbled. ‘Why can’t Peter do it for once?’

to have difficulty with pronouncing the first sound of a word, particularly if it is a consonant. People who stutter tend to repeat it a few times. 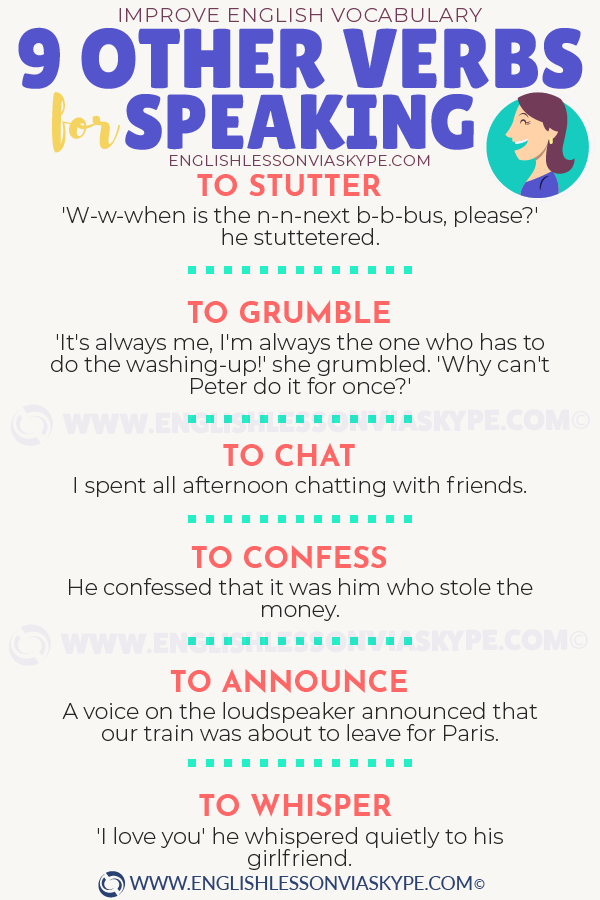 to use rude and offensive language, particularly when you’re angry

Example: He swore loudly when he missed the nail and hit his thumb with the hammer instead.

to speak quietly using your breath rather than your throat

Example: ‘I love you’ he whispered quietly to his girlfriend, so that nobody on the bus could hear him.

Example: ‘Pass the ball! Pass it!’ the football coach yelled.

to talk with someone in a friendly way, usually about things that are not important

Example: I spent all afternoon chatting with friends. 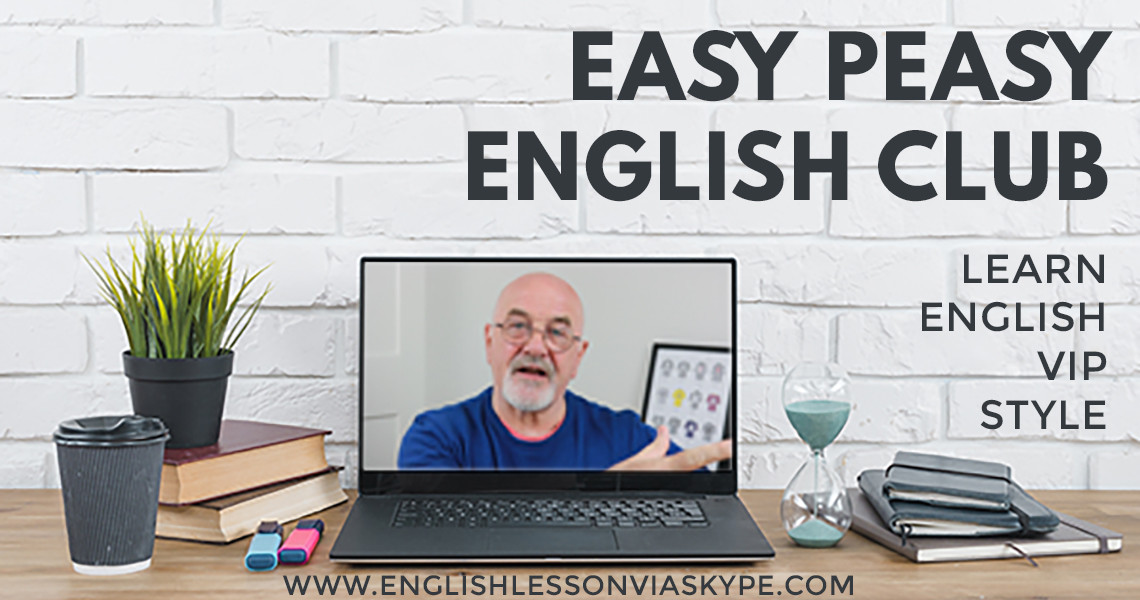 The Grammar of Phrasal Verbs

Difference between Since and For

English expressions for a day at a match

Useful English Word and Phrases to describe a New Start

Got a spare 60 seconds? ⁣ ⁣ Find out the meani