Learn English phrasal verbs about relationships. Detailed explanations and plenty of examples will make it easier for you to remember and understand them. 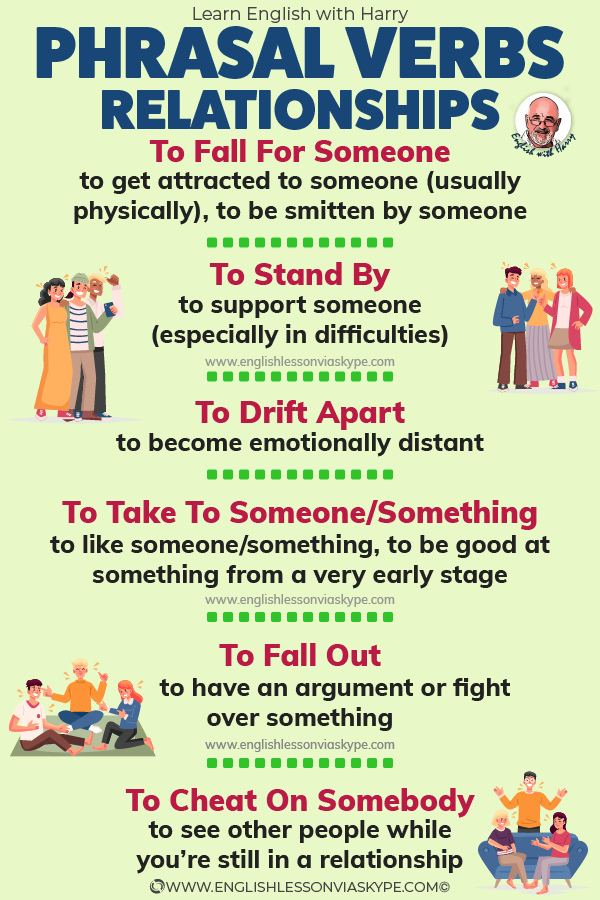 So let’s look at number one:

to fall for someone

Meaning: to get attracted to someone (usually physically), to be smitten by someone

He has fallen for that girl in the supermarket.

He was not her usual type, but she fell for him after dating for two months.

to take to someone/something

Meaning: to be attracted to somebody/something (not in a physical or emotional way), to like something or someone, to be good at something from a very early stage

I’ve taken to that neighbour quite well. He’s a nice guy and he’s nice to talk to.

Jack has taken to swimming like a duck to water.

to let someone down

Meaning: to disappoint someone by doing something they hadn’t expected, to not be there when they wanted; to not live up to someone’s expectations

This book didn’t let me down despite bad online reviews.

He missed three chances of scoring a goal and let the team down.

Meaning: to lose a close connection with someone, to gradually develop different interests and hobbies, to become less close to someone over a period of time

They grew apart and decided to take a rest from each other.

Over time, Emily and Daniel grew apart because they were too busy with their careers. 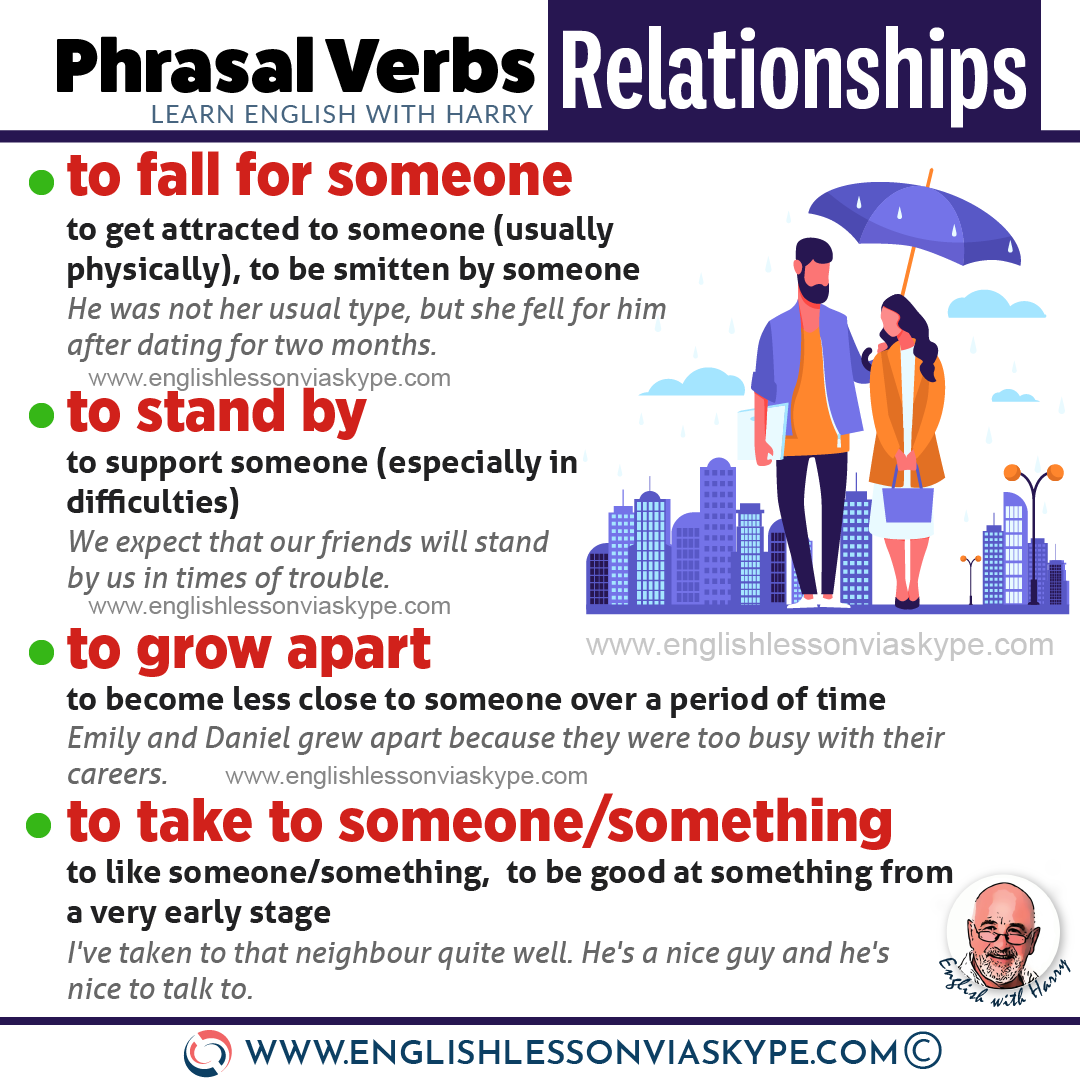 to stand by someone

Meaning: to support someone (especially in difficulties), to be there for someone, to give someone some assistance

A parent will always stand by their child no matter what.

We expect that our friends will stand by us in times of trouble.

Meaning: to become separated, to end a relationship

The famous pop singer and his wife have decided to split up after being together for two years.

After a few years, they grew apart and split up.

The couple made up after a particularly bad argument.

Kate realised her mistake and made up with her best friend.

After many long years without contact, the two brothers made up and forgot about their differences. 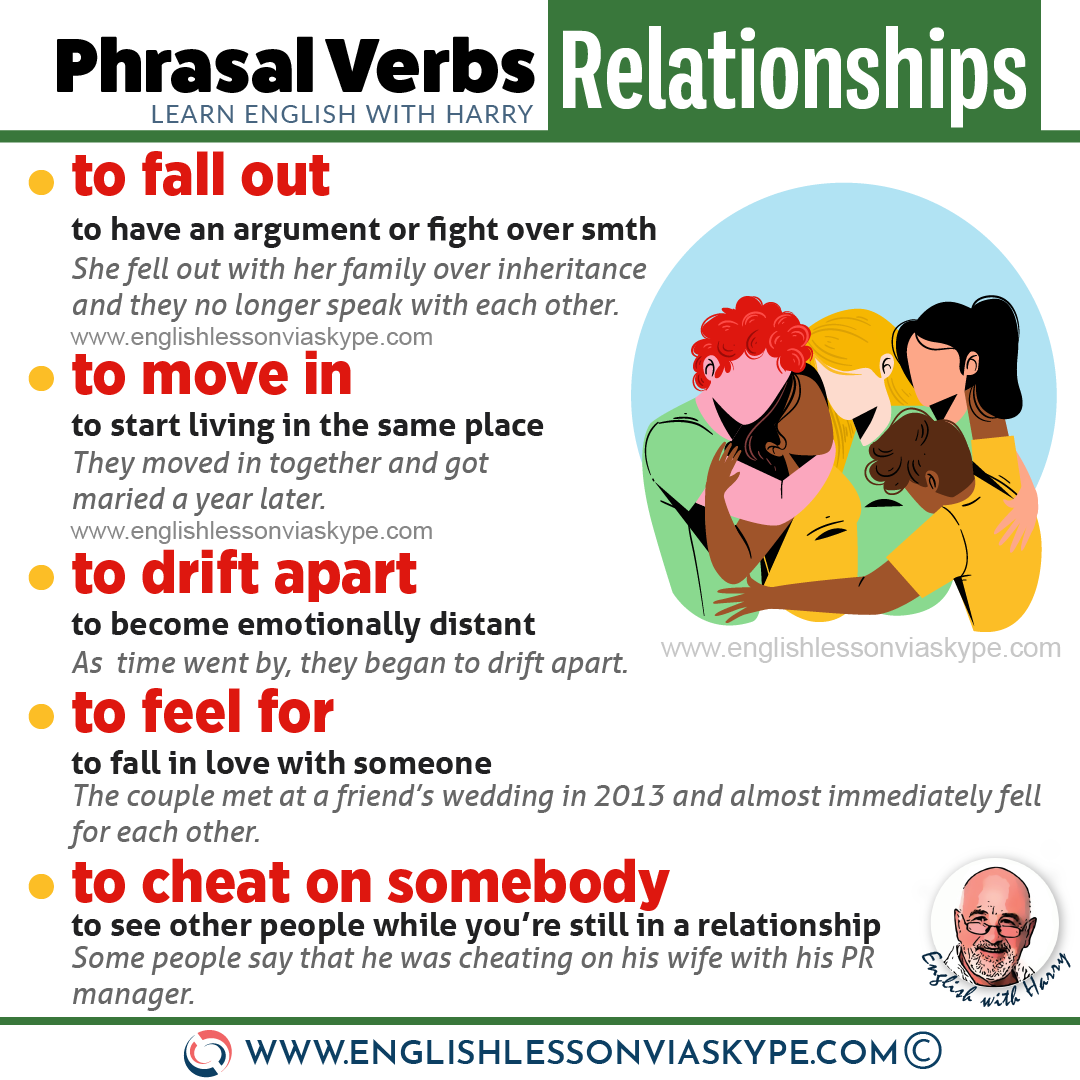 So there are phrasal verbs about relationships:

Hopefully, you’ve enjoyed these phrasal verbs and you now know how to apply them and how to use them. If you want to contact me, you can do so on www.englishlessonviaskype.com I’m always happy to hear your comments. Join me again soon.

Plenty of learning material is available on Learning English with the BBC website. 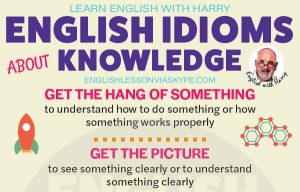 Learn common English idioms about knowledge and understanding. Listen to an episode from the English learning podcast Speak Better English 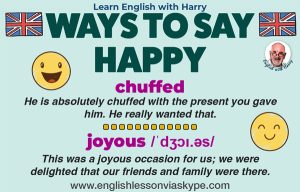 How To Say Happy In English 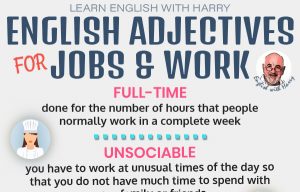 Here you will learn English adjectives to describe jobs.  Important English vocabulary to help you talk about your job in English.