Here are some English expressions about life and death.

The idea for this post came up to me as we sometimes take things far too seriously and everything becomes a matter of life and death.

A little dramatic I know!

So here I have some English expressions about life and death for you. 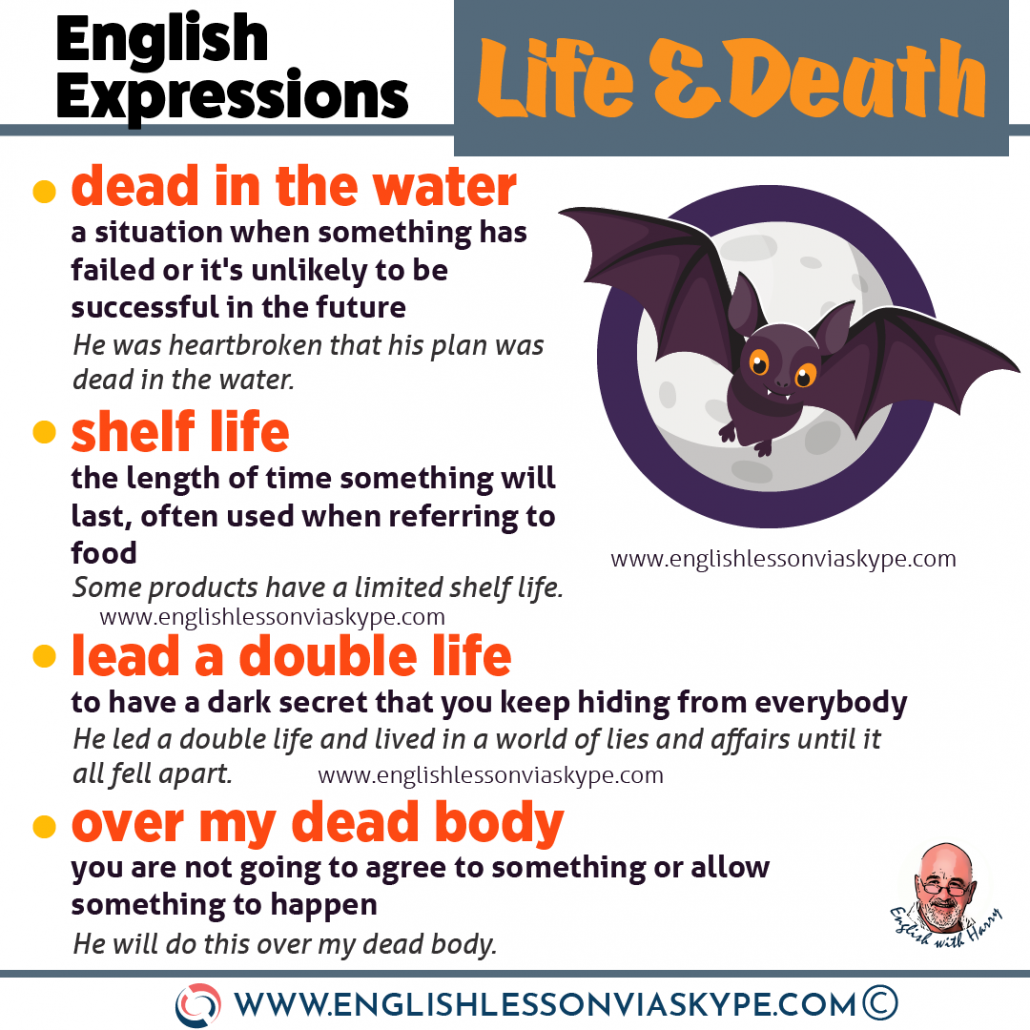 Over my dead body

Usually used to express our insistence that we are not going to agree to something or allow something to happen whilst we are still living and breathing.

Johnathan wanted to borrow his father’s car to go with his friends to the coast. The last time he borrowed the car he hit a lamp post and caused a lot of damage. His father was not happy and shouted “Over my dead body, ask your friend to pick you up!”

From the cradle to the grave

This suggests that we take care of someone or something for a very long time. Usually, the responsibility of parents is to look after their children from the day they are born until they die. A cradle is where a child sleeps in the first few years and a grave, alas, is where we are buried when we die.

The bank were advertising for new customers and offered them, mortgages savings accounts for them and their family and life assurance. The advertised that literally they would take care of all your financial affairs from the cradle to the grave.

Dead in the water

This expression is used to describe a situation when something has failed or it’s unlikely to be successful in the future. We can say it is not going to float also.

Declan spent several months planning the new launch. He had worked out the budget. He knew what it costs to produce and how many items he would have to sell to make a reasonable profit. He had checked it many times. However, 2 weeks before launch his competitors came out with a similar cheaper model. He was heartbroken that his plan was dead in the water. Back to the drawing board (back to the beginning). 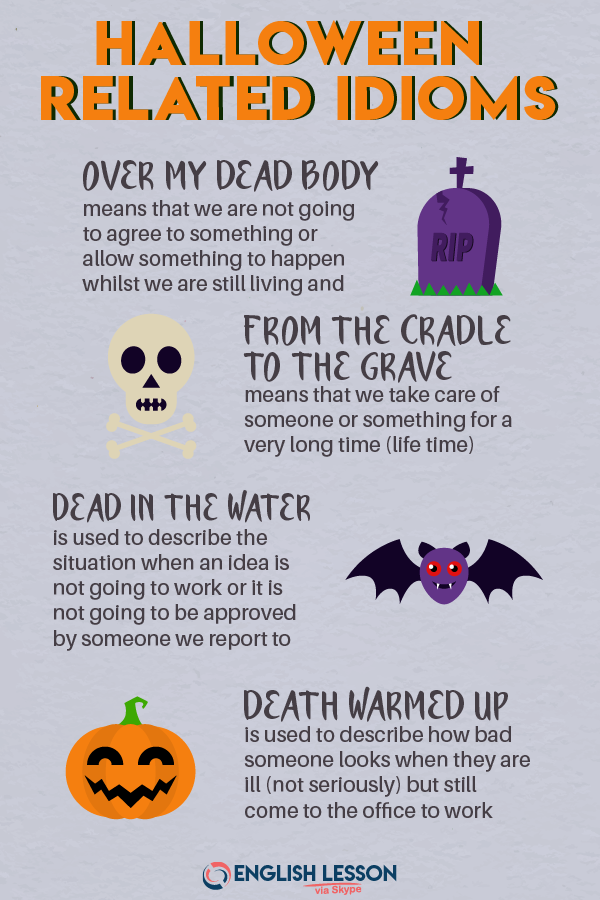 When people die they usually lose the colour in their face as the blood stops circulating. They also “go” cold for the same reason. This expression is used to describe how some one looks when they are ill (not seriously) but still come to the office to work.

Betty had a heavy cold and a high temperature. However, she had to go to work as her boss was relying on her to finish the project before he left for his annual leave. When she arrived in the office the boss looked at her and said “Oh my God Betty, you look terrible you look like death warmed up. You need to go home immediately and call the doctor.”

Someone is said to lead a double life when perhaps they have a dark secret that they keep hidden from everybody.

Daniel married Kate when he was quite young and they split up a few years later. They never got divorced. Several years ago he married for the 2nd time but this was against the law as he was not divorced. In this situation he could be said to be leading a double life!

Sometimes products have a limited shelf life as they are very specific (product launched to celebrate a particular event) or a long shelf life for a product that may never go out of date or need to be replaced (Coca Cola, for example).

We can also use it to refer to someone who is getting a little old for getting married and we might jokingly say he/she is past their shelf life.

Damien was 45 and single. Then he met the girl of his dreams and fell in love and they got married the following year. He joked with his friends that he thought he was past his shelf life.

mortgage – a long term finance usually used to purchase a home, often for terms of 10 to 30 years

to float – to stay on the top of the water, antonym – to sink

If you want to increase your vocabulary and improve English speaking skills in general, check out the following links: