What is the difference between Seem, Look and Appear?

It may be difficult to understand the difference between seem, look and appear for non-native English speakers.

In this post I have for you a short video lesson that explains the difference between these confusing English verbs in detail. If you scroll down, you will be able to read a full transcript. Enjoy!

Hi there, I’m Harry and I’m here to talk to you today about some English words and vocabulary.

And the words I’m looking at today are SEEMS, LOOKS and APPEARS. And all the differences and how we use them.

On the first look at these words, they have the very same meaning. And if you’re learning English at the beginner’s level, or at intermediate level, really I would explain to you that there is no real difference and you can use one instead of the other, you can interchange them as much as you wish.

Difference between Seem, Look and Appear 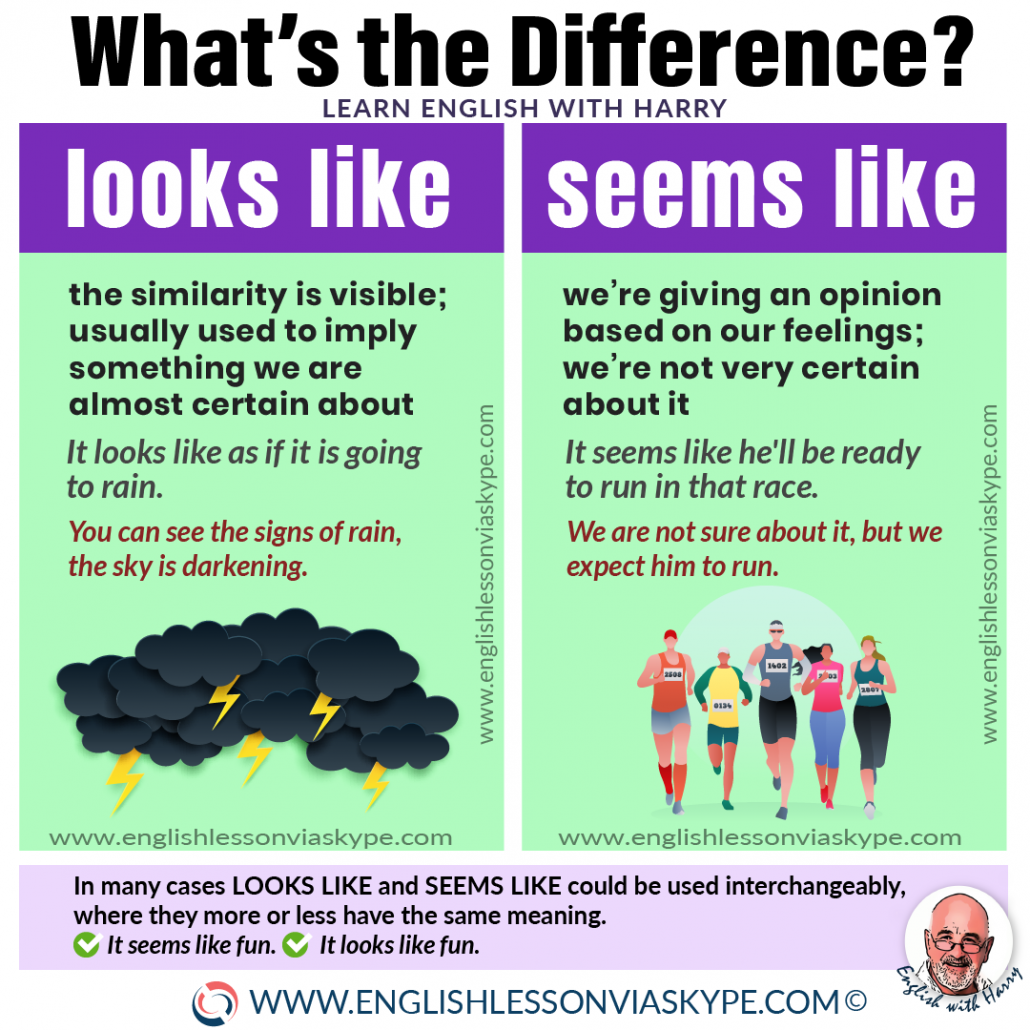 As you get on to learn English at a more higher level, upper-intermediate and beyond that, then they can be some subtle, but small differences to them.

It looks as if he is not coming around this evening.

You’ve organised a dinner, your friend is invited, you’ve got some other friends there. And you’re looking at the watch, and it’s gone 8 o’clock and he hasn’t arrived yet so you turn to your other friends and say:

Hmmm, it looks like as if Sean isn’t coming.

It seems as if Sean isn’t coming. I invited him but he said he would be here.

It appears as if Sean isn’t coming. He would usually be here by now.

So in that example it’s a party, he hasn’t arrived when you’d invited him.

It looks as if he is not coming.

It seems as if he is not coming.

It appears as if he is not coming.

They all have exactly the same meaning.

If there is any difference between them, when we look at looks and appears, we’re talking about something visual. Something that we might see.

👀 It looks as if Mary is upset.

👀 It appears as if Mary is upset.

So when we see Mary, she’s sitting there, she is maybe a little sad or a little melancholic. Perhaps, she might be crying but she certainly looks upset.

So we can say:

🤔 SEEMS is an opinion.

We use LOOKS and APPEARS when we’re physically looking at something (or somebody).

But we use SEEMS when we’re just giving an opinion.

It seems as if the weather is going to change.

I was reading in the paper yesterday that there is a cold front coming. So it seems as if the weather is going to change.

But if you look out the window,

It appears to be raining from here. I can’t really see.

Well, that’s it for today. But remember to subscribe to my channel and join us on www.englishlessonviaskype.com.

And before I forget, if you look at the link below, you’ll get access to all of our wonderful courses about Grammar, and other aspects of English. And we’ve just launched a really great course about Common Mistakes in English and How to Avoid Them. And it’s really getting a lot of coverage so you can get in there and buy it. So I’ll catch up with you again soon.

Other Words to Say Change 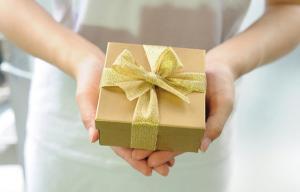 How to say THANK YOU in English 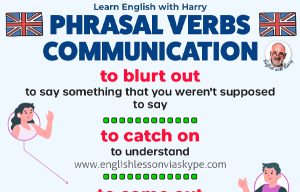 Learn phrasal verbs related to communication. 14 advanced and proficiency (C1/C2) phrasal verbs that will help to take your English 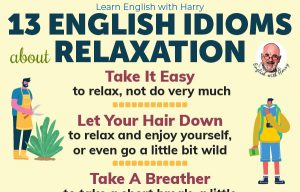 13 English idioms related to relaxation and rest. Let your hair down, have a blast meaning and more.  Listen to