UP is a very commonly used preposition in English. UP usually refers to something above us.

The ceiling is above my head.
I am going up the stairs to my room.

But when used in a phrasal verb it has many different meanings. Here are some examples of English Phrasal verbs with UP and their meanings. 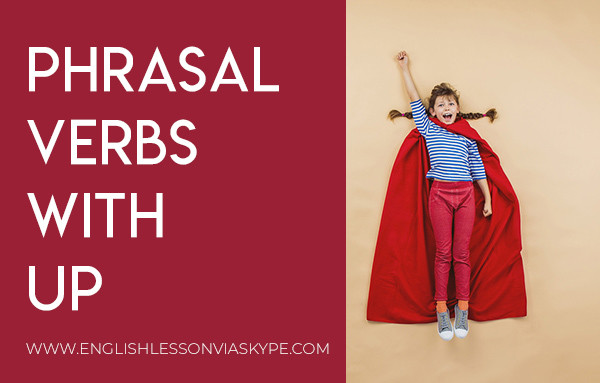 Examples of Phrasal Verbs with UP

The usual meaning here is to destroy or dismantle something.

I broke up the Lego model I made.

I broke up the old wooden table we had in the garden.

However, to break up can also mean to end. Usually it refers to relationships. When a relationship goes badly we say “that couple who lived next door have broken up. He has moved out of the house”.

Example: The pop group who had all those major hits a few years ago have announced that they are breaking up. They will have their own careers now.

When someone wants something to look or sound a little more modern then we can use this phrasal verb.

Example: Irina had to make a very important presentation to her bosses the following week. She spent 2 days writing it and showed it to her boyfriend for his comments. He said it was ok but a little bit boring. He suggested to sex it up a little to make it more interesting. He suggested inserting (putting in) a few graphs and charts and a couple of pictures to make it look attractive.

Literally this means to lift something off the floor/ground or from the table and carry it somewhere else.

ex. I picked up the package and put it in the cupboard.

Several other meanings of PICK UP are:

ex. The weather has been terrible, rain and winds for at least 10 days. However the weather forecast says it will pick up by the weekend and the temperature will rise considerably.

2. to collect someone from somewhere

ex. If you tell me what time your flight is arriving I will come to the airport and pick you up.

3. to catch an illness or a bug 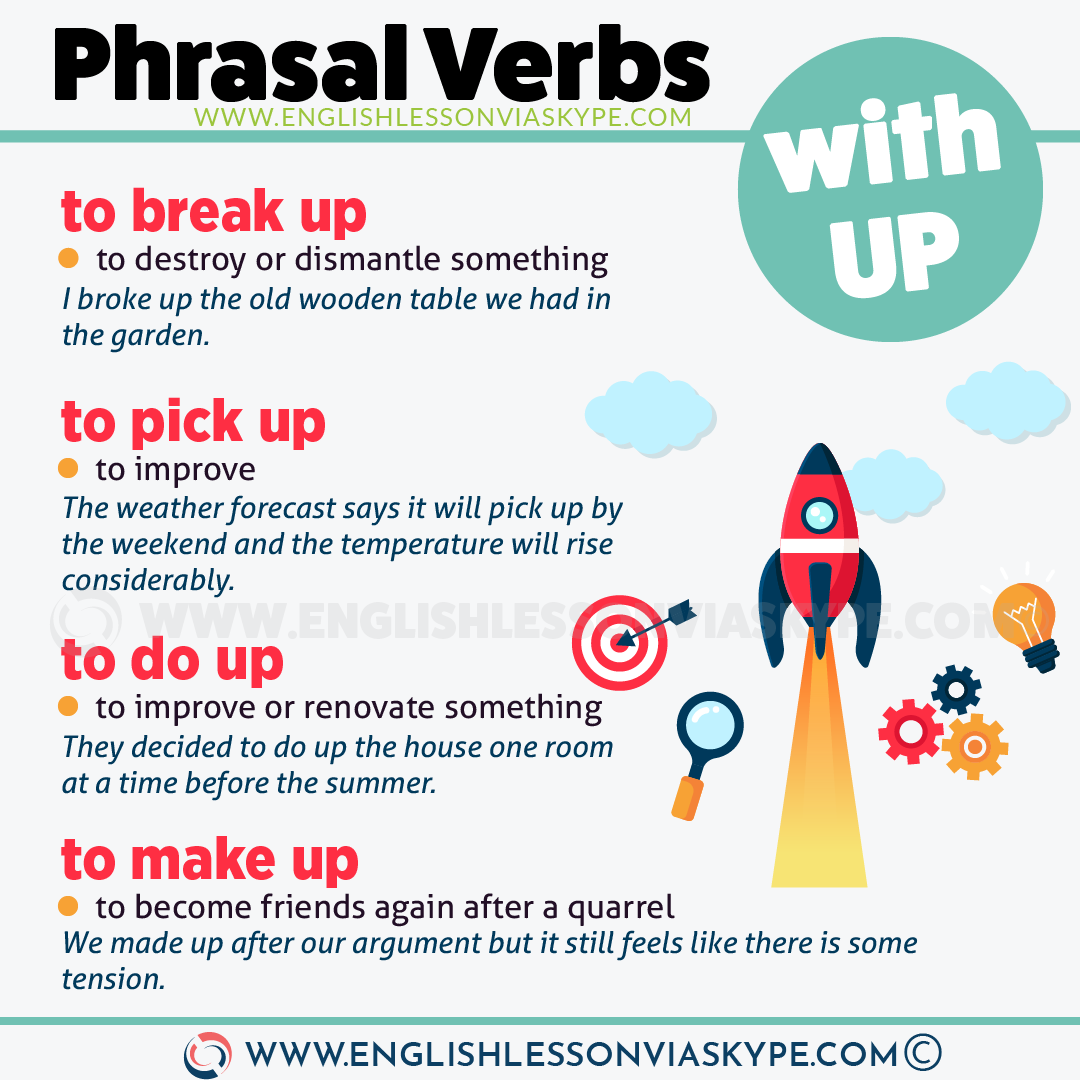 Literally to CUT UP something is to take a knife or scissors and cut something in to pieces.

ex. I cut up that old dress as I never wear it now. I can use it to clean the windows.

However, it can also have some metaphorical meanings.

ex. Sergei has broken up (split) with his girlfriend. They were together for ages. He is very cut up about it (very upset).

This is quite informal and refers to improving or renovating something.

ex. Peter and Jane and been living in the house for 6 years. They hadn’t done any decoration in that time. As spring was approaching Jane got some paint and designs and they decided to do up (decorate) the house one room at a time before the summer.

to become friends again after a quarrel

ex. We made up after our argument but it still feels like there is some tension.

Next time when you are speaking English try and use some of the phrasal verbs with UP in your conversation.

And here I have for you some other English phrasal verbs with examples and meanings:

Less Common Phrasal Verbs with OVER

Phrasal Verbs for Everyday Actions You Need to Know

How to use Phrasal Verbs with COME correctly