Let’s face it we all love 🥰 our food. Cooking is a pleasure but eating it is even more pleasurable. Here are some English food adjectives you might need to describe how you like your food or how you might described what is served to you in a restaurant. 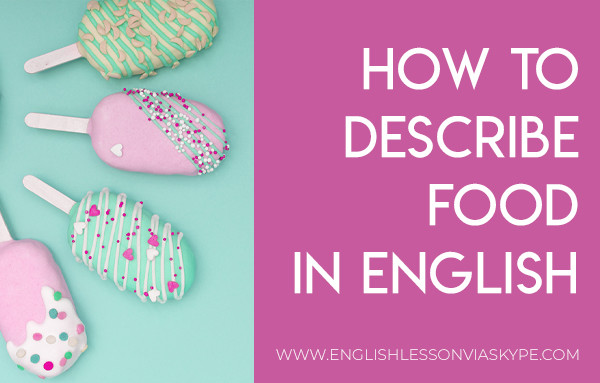 When we are talking about MEAT we can use the following English food adjectives:

Usually, in a restaurant you will get asked how you’d like your meat (or steak) cooked. So next time you could answer:

For vegetables we can use the following English food adjectives:

MUSHY is usually used to refer to food that has been over cooked particularly vegetables. They absorb a lot of water and become very soft and mushy when pressed. However, a very favourite English way to eat peas is known as “mushy peas” and are often served with the traditional fish and chips. 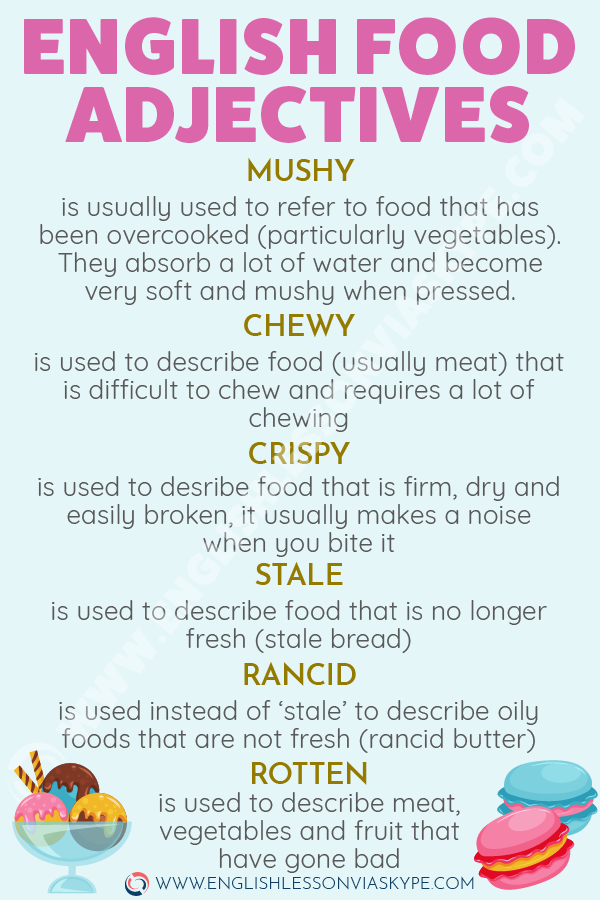 The potato chips/fries/french fries were:

STALE is used to describe food that is no longer fresh. More often we refer to old bread as stale when it becomes dry and hard. But many foods can become stale when they are past their sell by date. Milk that is old and not drinkable, however, is called sour milk not stale milk.

We all like sweet things, biscuits and cakes. However, when referring to certain fruits like lemons and limes we use the word bitter which is the opposite of sweet. The lemon adds a bitter taste .

Most recipes now include several references to teaspoons of herbs and spices. This is to add some much need colour or flavour particularly if you are cooking middle eastern or Asian foods.

Spicy, however, usually means the food is quite hot and likely to make your eyes water if there is too much spice added such as chili or ginger. They make a big difference in the taste when the right amount is added but for me it spoils the experience if over used.

One of my favourite words to describe food is gooey. It reminds me of a chocolate brownie. Yummy. 😋

Gooey stands for food that is kind of hard on the outside but inside it’s sticky and soft.

There are many ways to prepare food. In relation to most meat dishes we can: 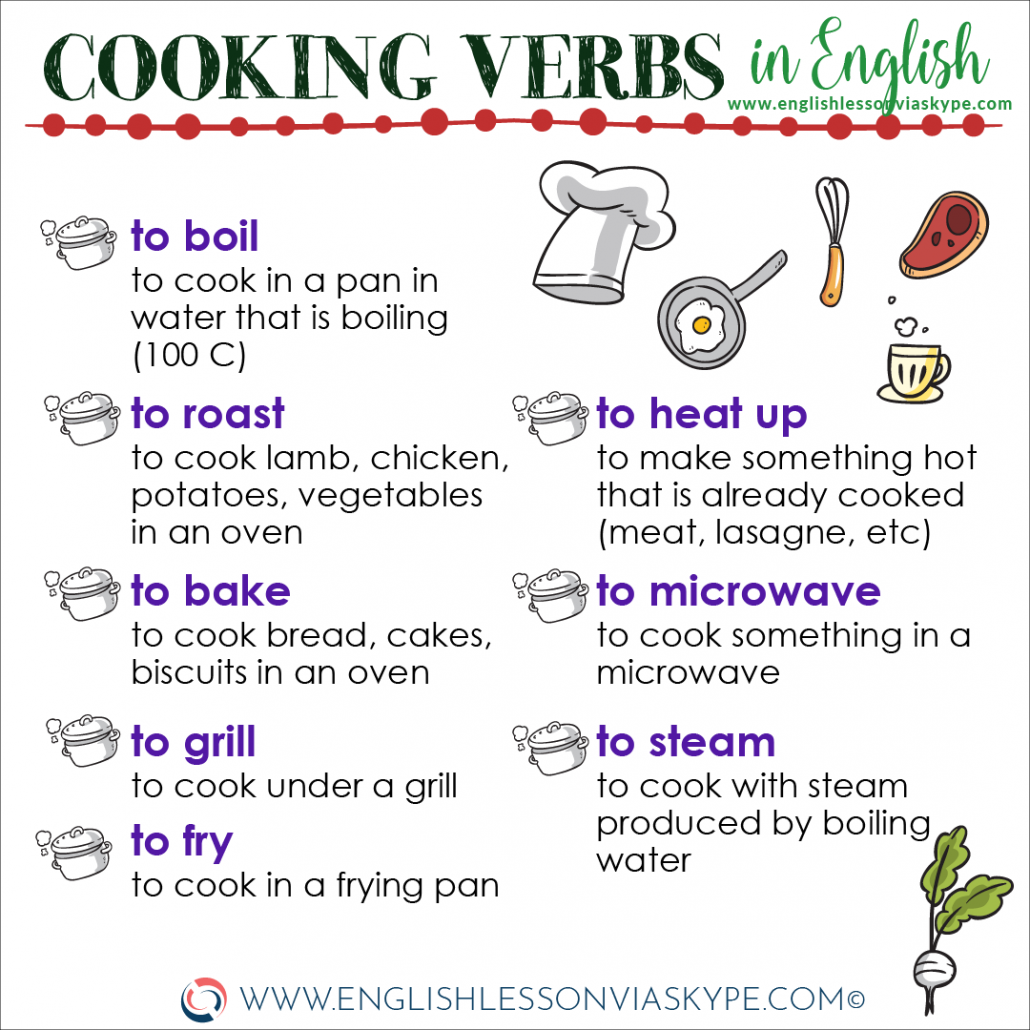 Phrases to Describe Your Meal in English

When the food is cooked just the way you like it we can describe the meal as TASTY. When you were not so happy with the meal you might say

Enjoy the cooking and the eating!!!

For more information in English Expressions, English Phrasal Verbs and tips on English Grammar Rules, check out the following links:

Difference between WILL or BE GOING TO

English Phrasal Verbs with OVER

Adjectives that Describe People and Personality

Asking for a Refund in English