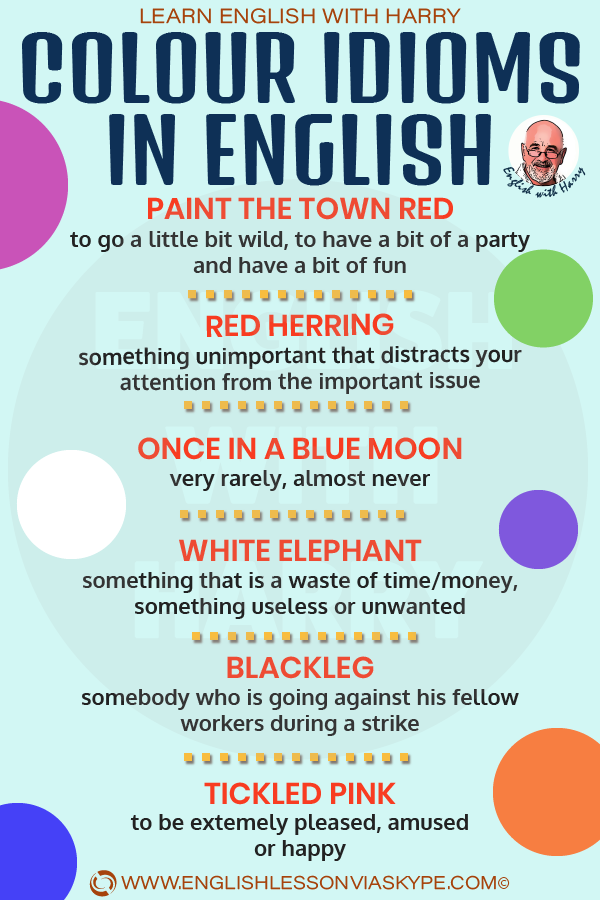 Hi there. This is Harry. Welcome back to Speak Better English with Harry podcast where I try to help you understand a little better the use of the English language by helping you and explaining English expressions, idioms, phrasal verbs and business English phrases.

So what do I have for you now? In this post we’re going to look at the colour idioms in English.

Meaning: buying and selling something illegally, particularly something that is difficult or impossible to obtain otherwise

His latest movie is not in cinemas yet but I was able to get a copy on the black market.

Meaning: somebody who breaks the rules of a strike, somebody who is going against his fellow workers during a strike

If there’s a strike on in the local factory and everybody’s out on strike. They are picketing the factory, so they hope that no workers will cross the picket line. But if somebody crosses the picket line and goes into work because he’s being offered an incentive by the bosses, they call him a blackleg.

For three months, while the big strike of the engineers was in progress, Green, who was a blackleg, decided to work.

to get the green light

Meaning: to grant or to receive permission to do something

I submitted that project last week and the boss told me today that I got the green light to start. I’m really excited.

to be green with envy

Meaning: to have a desire to have something that somebody else has and wish you would have that

I was green with envy when I saw John new set of golf clubs. 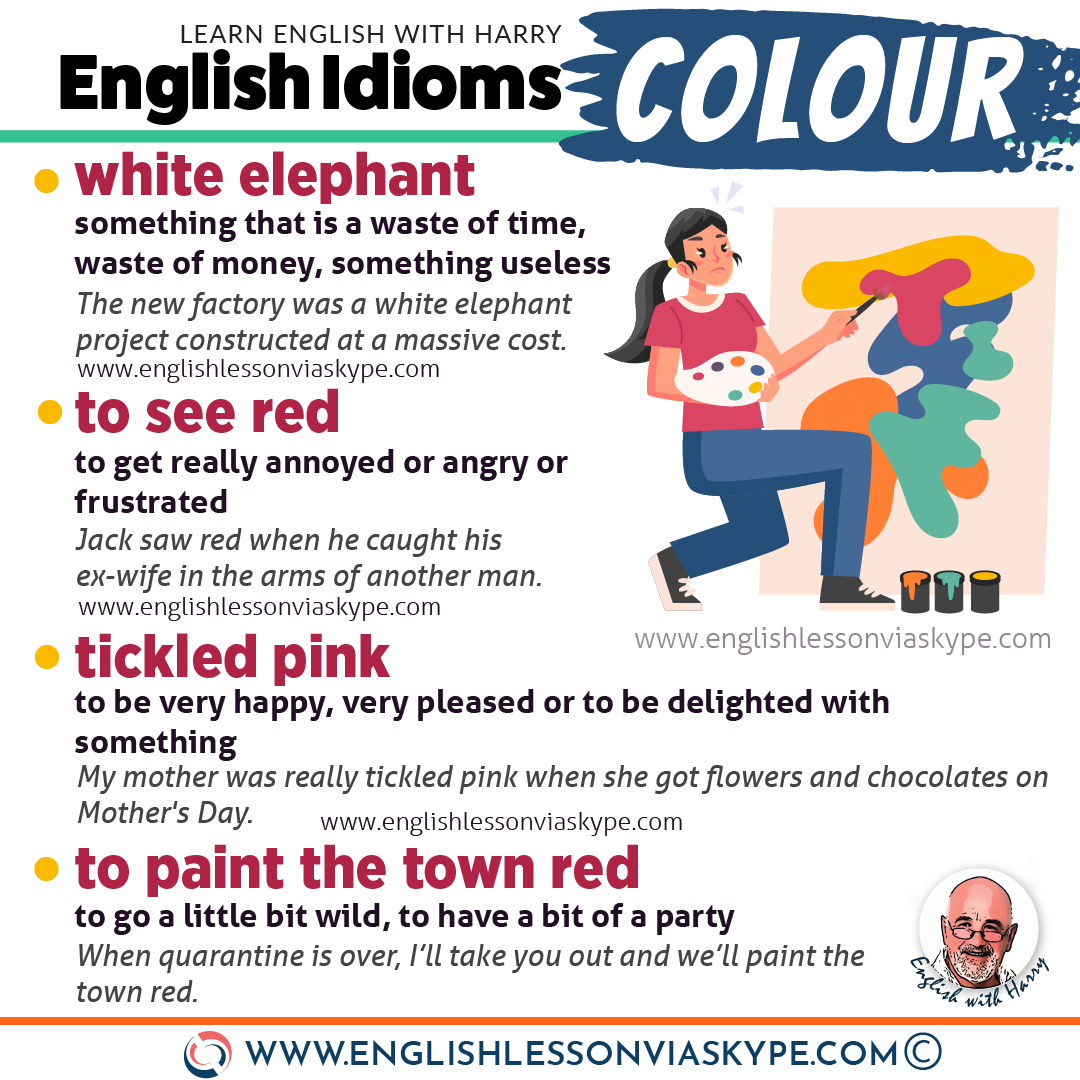 Meaning: we use this expression to refer to our intellect or our brains

Why don’t you sit down or spend a few hours or even a night thinking about it using your grey matter.

I think it’s black and white, really. It’s quite easy to understand. It shouldn’t present any problems for anybody.

Meaning: it’s a reference to our bank accounts. So usually when we’re in the red means we have overdrawn a bank account. We have no money.

I’m in the red again. It always happens to me in the last few days of the month.

What’s wrong with you today? You look a little off colour.

When somebody is off colour they are not quite themselves.

once in a blue moon

I used to read newspapers a lot but now only get it once in a blue moon.

to paint the town red

When quarantine is over, I’ll take you out and we’ll paint the town red.

Meaning: something that diverts your attention from the issue you should be concentrating on, something unimportant that distracts you

The process itself was a red herring that is unlikely to ever materialise.

We thought that was a red herring and that Claire was lying to cover up the real situation. 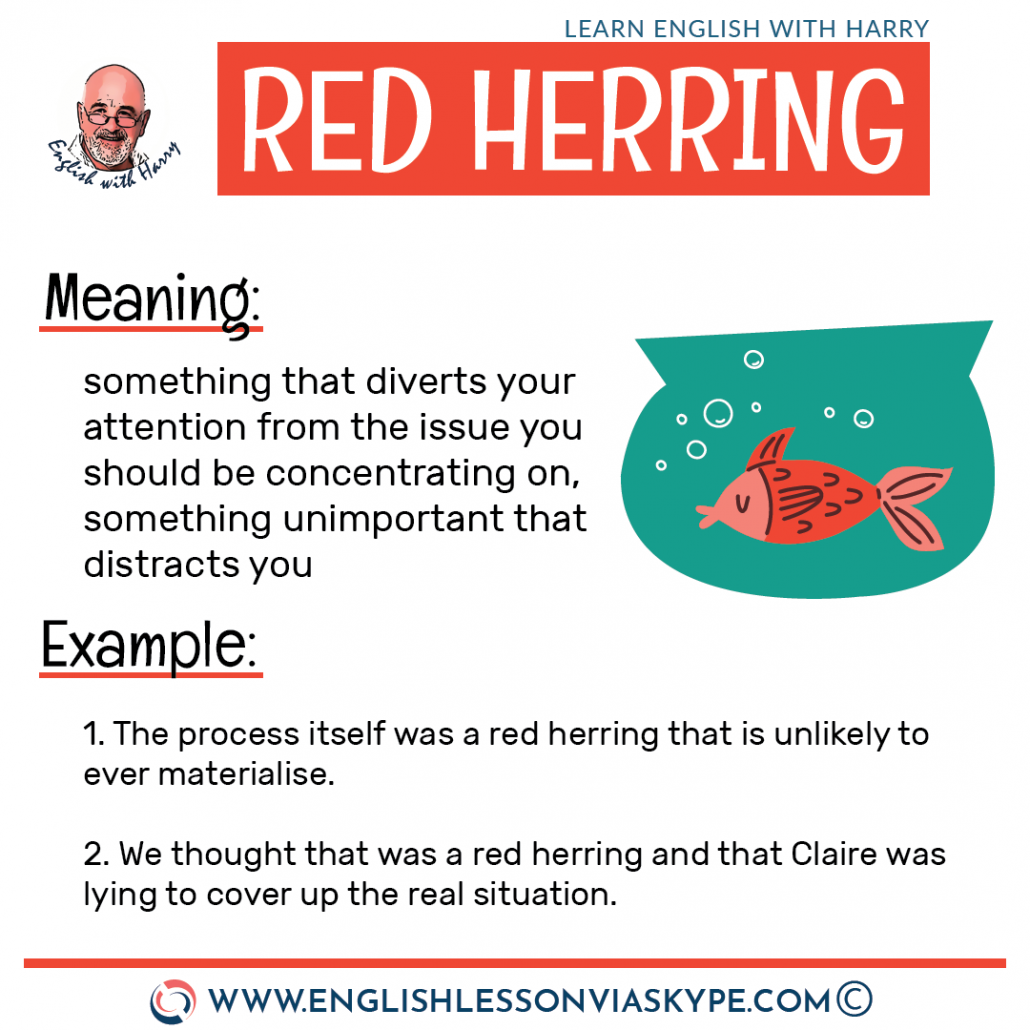 The day Paul got promoted in the army was a red-letter day for him.

Meaning: to get really annoyed or angry or frustrated

Jack saw red when he caught his ex-wife in the arms of another man.

to be tickled pink

Meaning: to be very happy, very pleased or to be delighted with something

My mother was really tickled pink when she got flowers and chocolates on Mother’s Day. 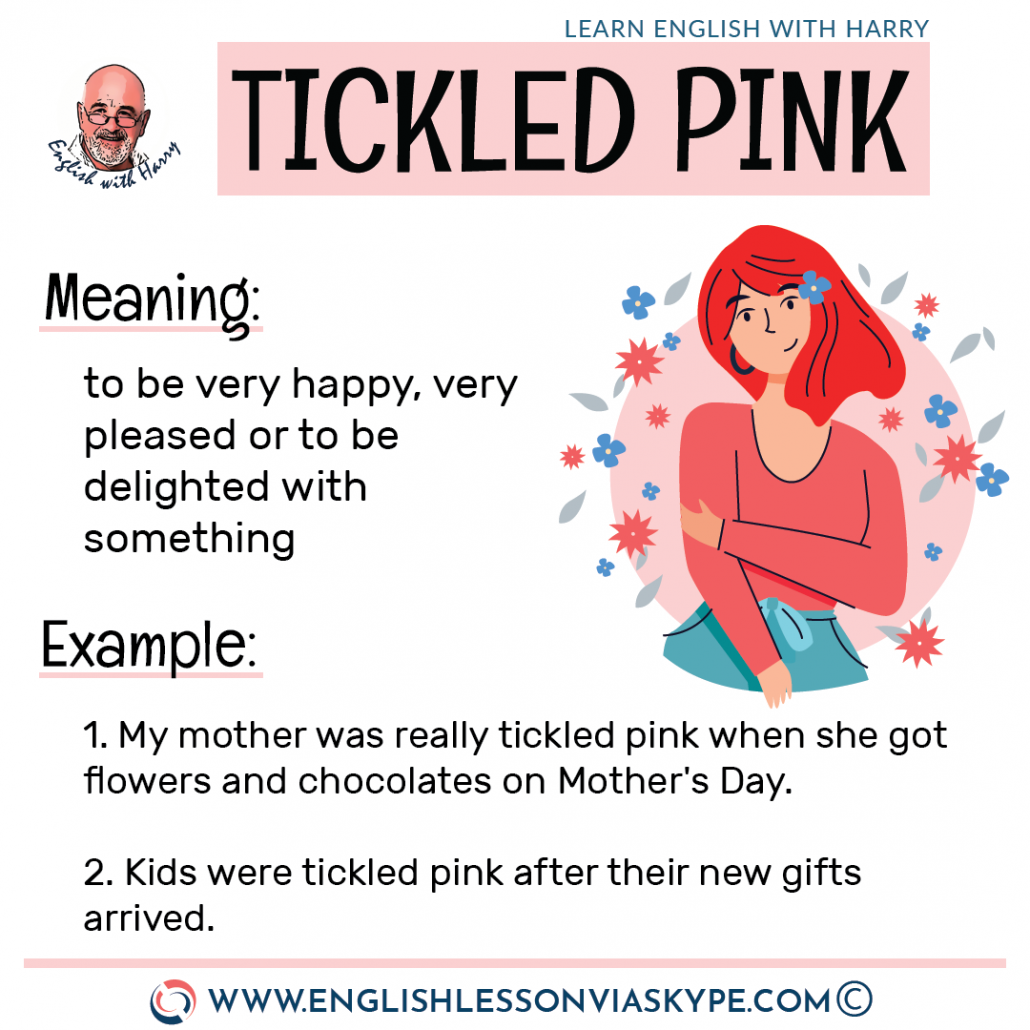 Meaning: something that is a waste of time, waste of money, something useless, unwanted or of no great value

The new factory was a white elephant project constructed at a massive cost and designed to fail.

It is a throwback to the old days of the industrial Revolution when the management wore white colours on their shirt. These were the days when the shirts had a detachable collar so you could wash and starch the colour separately to the shirt. So management, those in the offices had white colours on. And the ordinary workers had a blue collar. So it was the distinguished between the workers and the management.

Usually, white-collar workers are entitled to continued remuneration in the event of sickness.

Meaning: to cover up, to hide something, to try and avoid something being noticed.

The money spent on that new monument in the centre of town was a complete waste of time. I guarantee that the government would try to whitewash over that.

Meaning: to be really, really successful

He passed his exams with flying colours.

Probation was not a problem for him, he passed it with flying colours.

So that’s that’s our colour idioms in English.I’ll give them to you once more:

If you want to contact me, I’m always happy to hear from you. Please include some of your suggestions. Talk to you soon. 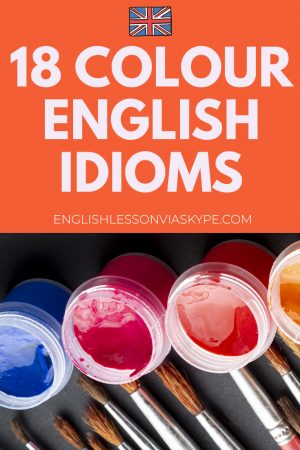 Direct and Indirect Questions in English

Learning materials for intermediate and advanced English are always available at Learning English with the BBC. 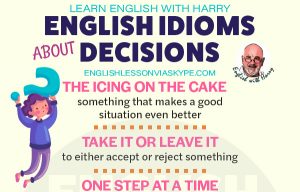 Here you will learn English idioms about decisions – to be in two minds, to sit on the fence, to 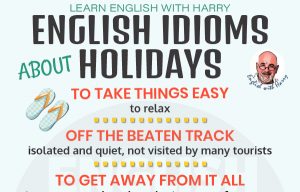 English Idioms about Holidays and Travel

Here you will learn useful English idioms about holidays and travel. Idioms are phrases that don’t mean what they say. 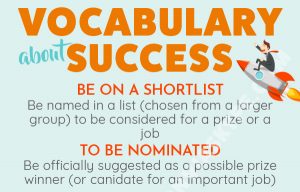