Learn the difference between so and too in this very short English lesson. Understand how to use so and too in sentences and improve your fluency in English.

Hi. Could you please explain the difference between SO and TOO? Thank you

How to use so and too

Hi, this is Harry and welcome back to my English lessons where I try to give you a better understanding of English.

Somebody has asked me to give an explanation as to the difference between so and too.

I’m putting the emphasis on T-O-O, not TO, the preposition TO but T-O-O.

So what are the differences between them?

We use SO in the same way as we use VERY, but it means a little stronger.

Oh, you drive so fast!

There’s a bit of excitement about it.

If I use TOO, there’s a negative connotation.

Oh, you drive too fast. It’s dangerous, and I don’t like it.

You drive so fast – positive ➕

You drive too fast – negative ➖ 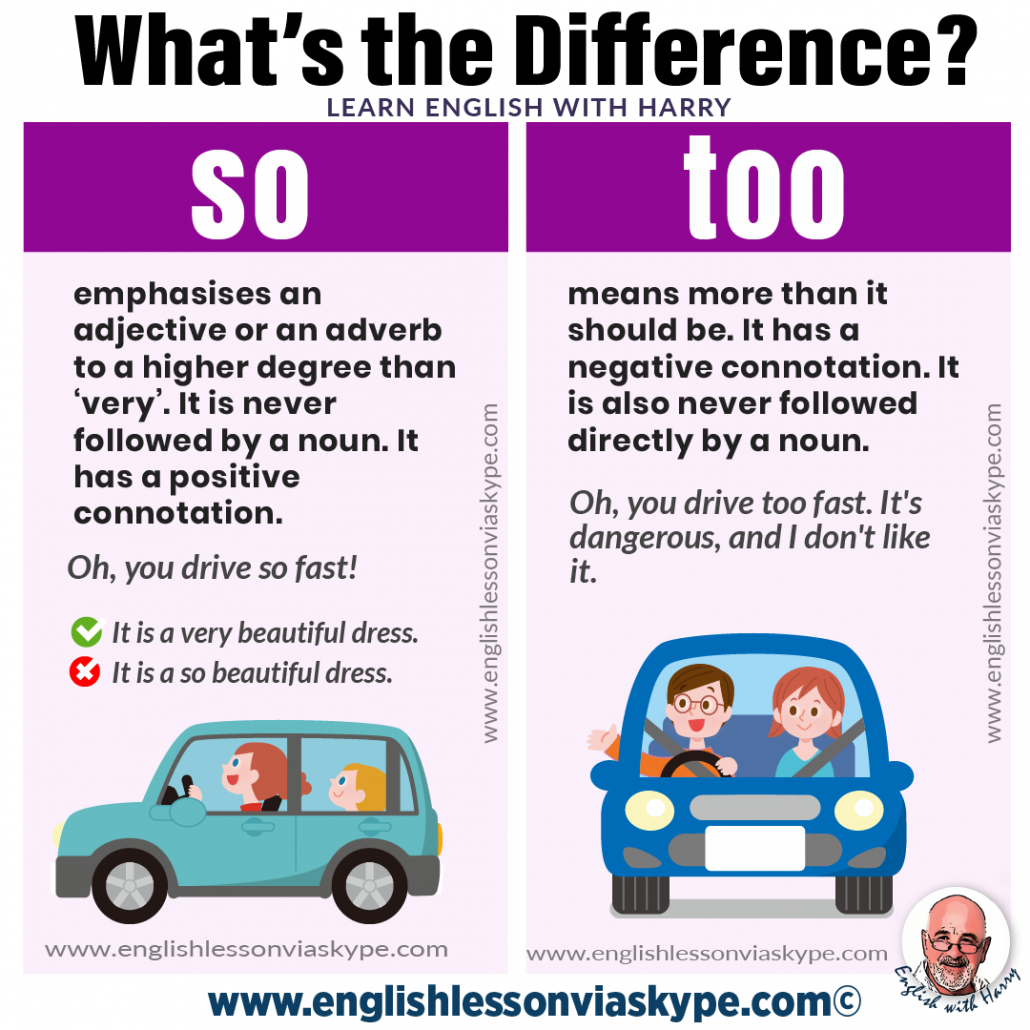 Another example, if you’re walking in the park with your friend, and you see a 20 euro note on the ground and the man walking in front of you, you pick up the 20 euro note and you hand it to the man say,

‘Oh, I think you dropped this.’

so that is positive.

Another day you’re walking in the park. You see that 20 euro note lying on the ground, there’s nobody around you. You pick it up, and you take it to the police station, and you hand it to the police.

And your friend says later,

‘Oh, enough, you’re too honest. There was nobody near you. I would have just put it in my pocket.’

Thanks for joining me and join me again soon. 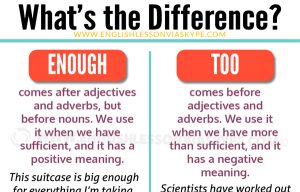 Learn the difference between Enough and Too in detail with a short video lesson. Plenty of examples. Excellent explanation. Easy to remember. 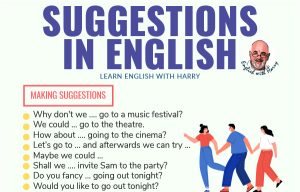 Making Suggestions in English – How about…?

When you’re making suggestions in English, you’re putting forward a plan or an idea for another person to think about. 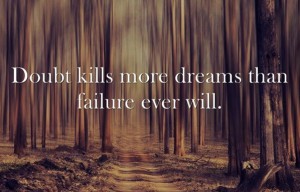 Learn the difference between dead and killed and murdered. These confusing words in English could present difficulties for English learning