Learn the difference between dead and killed and murdered. These confusing words in English could present difficulties for English learning students.

Hi guys, teacher Harry here. Welcome to my lessons. I try to help clear up some of those confusions that we have with certain words.  Confusing words in English that might have similar meanings.

So what are we going to talk about today? There are three words, they’re a little bit grim but that’s part of life, my students often get them confused.

how to use killed

If we look at the news, and we see a headline

it usually means that some accident happened.

A cable car crashed or a bus went off the road and 10 people were killed. It wasn’t a deliberate action.

That’s the first important point. People are killed not normally by deliberate action. Normally, they’re killed because of an accident.

So a car crash or a bus crash or something happened. Some weather storm lightning or volcano erupt in or tsunami effects. In that sense, any victims of that are people who have been killed.

Be careful how we construct it.

10 people have been killed in an accident.

So that’s something usually because of natural disaster, or some other accident.

how to use murdered

When we use the word murdered, that it’s a deliberate act.

Somebody killed somebody, but they did it viciously and deliberately.

Somebody shot 10 people in a town in America.

Somebody went into a bank and murdered the bank manager.

Somebody murdered their wife, or their husband deliberately because they were having an affair with somebody else.

One person was murdered today.

10 people were murdered during the bank raid.

So there’s a deliberate act on somebody’s part to kill those people, and we use the word murdered.

A person has been accused of murder. In order to murder somebody, you have to plan it in advance, and they call it premeditated murder.

Somebody said yes, I’m going to kill that person. So they shot them or they stabbed them with a knife. It’s premeditated.

That person, when they were caught has been charged with murder.

how to use dead and died

And then when we use the word dead, you have to be really, really careful with here.

The verb is to die.

Dead is the adjective.

How many people died in the accident?

✅ 10 people died in that accident.

So you can see the difference there with ‘kill’, we have to use the auxiliary verb

One person is dead after the storms.

50 people are presumed dead after the storms.

So again, just using it in a slightly different way.

He died because of a lightning strike. He is dead.

He has been dead for two weeks.

Or if you’re talking to a friend about a particular book you’d like to read and an author and you say,

🧔 It’s impossible now because he has been dead for two years.

Okay, so we use it in that context just to describe what has happened to that person.

Life has ended when somebody is killed.

Their life ends when somebody dies.

Their life ends when somebody has murdered.

Unfortunately, their life ends but the verb or the adjective we use to describe it will very much depend on the way in which their life ended.

They were killed by accident.

They died as a result of an illness.

They were murdered by a gang of thieves.

If you don’t understand it again if you need some further explanation, you can contact me and I’d be very happy to explain it to you. And, as always, thanks for listening. Join me again soon. 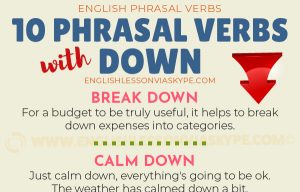 Phrasal Verbs with DOWN

Here you will learn 11 Phrasal verbs with DOWN. To go down, to run somebody down, to turn down and 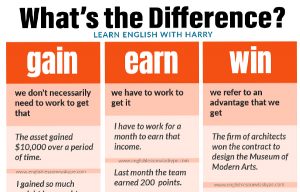 Difference between Win, Earn and Gain

Difference between win, earn and gain could be difficult to understand. However, with my simple and detailed explanations you will 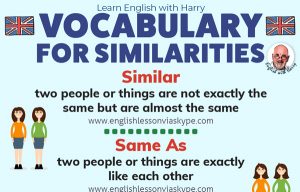 Here you will learn English words and phrases to describe similarities.  What is the difference between SIMILAR and THE SAME