Here you will learn what is the difference between adjectives ending in ED and ING. At the end of this post there is a short quiz for you to check your understanding, scroll down!

First of all, let’s revise quickly what is  an adjective. Adjectives are those words that describe a noun. They have the same form in singular and plural.

1. Adjectives come before a noun:

Here BIG is the adjective describing cat which is a noun.

Here OLD is the adjective describing car which is a noun.

2. You put adjectives after these verbs APPEAR, BE, BECOME, GET, LOOK, SEEM, SMELL, SOUND, TASTE

3. You use an adjective and not an adverb after these verbs APPEAR, BE, BECOME, GET, LOOK, SEEM, SMELL, SOUND, TASTE

The book he was reading was interesting. 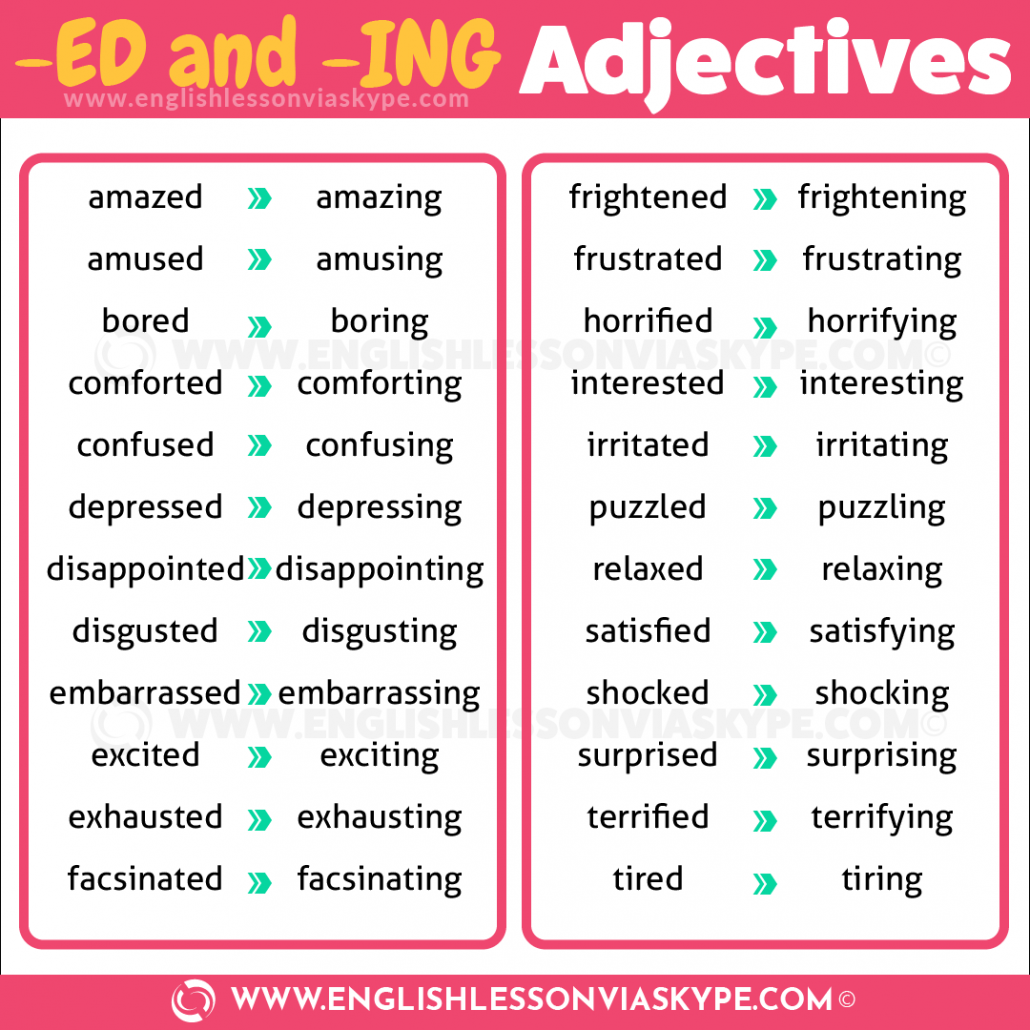 We use adjectives ending in ED

When describing how people feel we use those adjectives ending in -ed.

The boy was interesting in reading. – WRONG

We use adjectives ending in ING

When referring to a thing or a situation we use the -ing ending. Therefore it is correct to say the book the boy was reading was interesting.

This film was really boring. – This film made me feel bored.

He finds the lessons tiring. – The lessons make him feel tired.

It was shocking news. – The news shocked us.

It is possible to use adjectives with -ing endings when referring to a person but it may change the meaning.

He is an interesting person. – He knows a lot, he is open to new ideas.

He is really boring. – He has no interests, he only talks about himself.

So be careful how you use them.

What's the Difference between ED and ING Adjectives 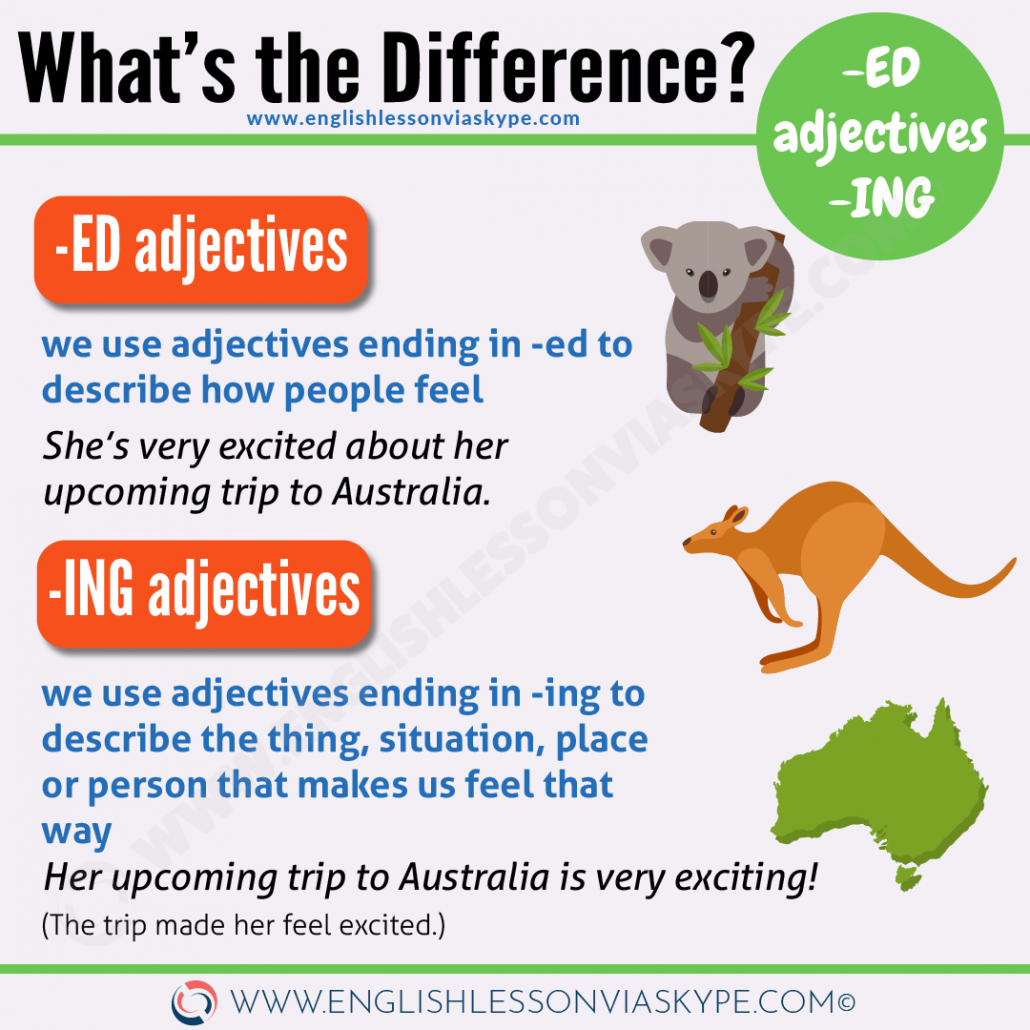 Examples of adjectives ending in ED and ING

1. The man was amused by the story.
2. The story was amusing.

In the first example the man laughed and found the story funny so he was amused. In the second example someone finds the story amusing.

Pairs of adjectives ending in ED and ING

The following are other adjective “pairs” which will be used in a similar way:

FRUSTRATE – when something does not work out the way you would like you become frustrated.

He was frustrated when he could not get the answer to the crossword puzzle.

The crossword puzzle can be frustrating if you cannot work out the clues.

ASTONISH – similar in meaning to surprise but usually with a negative meaning.

She was astonished when he fired her even though her work was good.

The decision to sack her was astonishing to all that heard about it.

Difference between Older and Elder

When to use Already, Still and Yet – Time Words in English

When to use INTO and ONTO in English?

How to ask indirect questions in English?