Learning and understanding phrasal verbs is the key to progress on your level of English once you have reached certain point. Phrasal verbs are a must-have in your set of English skills if you really want to speak English fluently and with confidence.

Of course, there is nothing wrong with using more formal verbs in your spoken English. However, your English is likely to sound pompous and less natural to native speakers. Using phrasal verbs in your speaking and writing will help you upgrade the level of your English and make it more friendly, easy to understand and fluent. 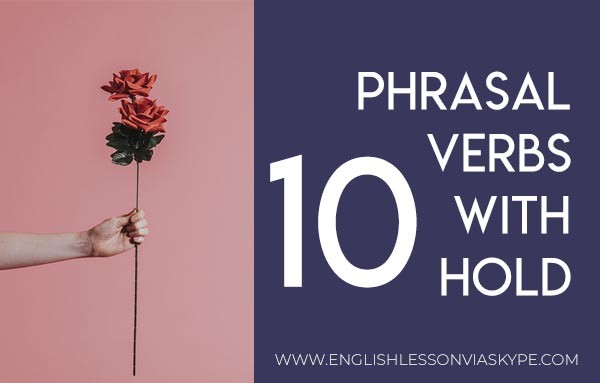 Example: I was held back in school at the age of 15.

Example: The report findings have been held back long enough. They should be made public now.

Example: She was held back from showing her full potential in many major tournaments.

to withhold something (tears, laughter)

Example: His joke was so funny that Sarah couldn’t hold back her laughter.

to restrain, to keep under control

Example: You should hold in your anger. Stop thinking about it, and focus on something positive.

Example: Be Alert! Stand to the right and hold on the handrail.

Example: The receptionist asked me to hold on until Mr Smith was ready to take my call. 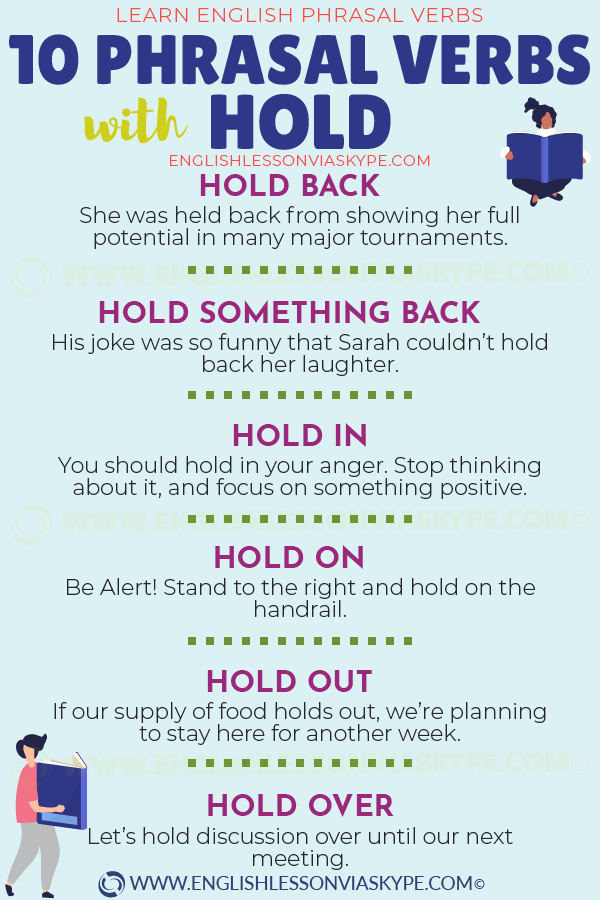 Example: If our supply of food holds out, we’re planning to stay here for another week.

Example: Their troops cannot hold out much longer against the superior forces of the enemy.

Example: We were held up in traffic, this is why we arrived late.

Example: A robber held up the local bank yesterday.

Example: It is amazing how this car has held up over the years.

Example: Let’s hold discussion over until our next meeting.

to delay or to be delayed (usually about the weather)

Example: Today it’s been breezy and nice so hopefully, the rain holds off for the remainder of the day.

to restrain someone physically, to keep something back

Example: The police had to hold off the crowd when the football team came out of their hotel.

to approve of something

Example: I don’t hold with any human abusing an animal.

For more information on English collocations, English idioms and English grammar, check out the following links:

Free resources can always be found on BBC Learning English.

16 Phrasal Verbs with OUT