Weather is a major topic in English conversation. In Britain weather changes hourly so it comes as no surprise that native speakers talk about the weather all the time. It is one of the best topics for small talk in English. But today we’re going to look at some common English idioms connected with weather.

One of the most common English idioms you hear is TO BE ON CLOUD NINE. If you don’t know it by now it means to be really excited and happy about something that has happened recently. The following are other English idioms with a weather theme that might not be so well known.

Scroll down to watch English video lesson on Under the Weather Idiom meaning.

Like all English expressions and idioms they have both a literal and metaphorical meaning.

CALM BEFORE THE STORM – Have you ever noticed how the sky is calm and peaceful before a sudden storm arises? That is the literal meaning. However, we use this often to refer to a situation in our personal life or work life when we expect something to change negatively.

ex. Mary was talking to her friend Sue about work. She told her it was a funnyweek. There was very little to do. The phones were not ringing and she was able to leave work on time every evening. However, her friend warned that this was “the calm before the storm”. The boss had just told her that a big order had come in and everyone would be working late for the next month.

AS RIGHT AS RAIN – Rain is never usually pleasant, unless you are a farmer and you need it for your crops. However, we use this expression to describe when we are feeling good. You may have recovered from an illness recently.

ex. I was off workfor a few days. My boss asked me how I was when I returned to the office. I am as right as rain. I feel good.

ex. John woke up early and did not feel 100%. He could not put his finger on the reasonbut he knew he was not feeling his best. When his wife asked him how he was he replied: ‘I am not sure but I feel a little under the weather today’.

A FAIR WEATHER FRIEND – When the weather is fair it is usually good and everything is ok. A fair day usually means a fine or good day. A fair weather friend is a friend who is there during the good days and happy to be around you but does not offer help or support when perhaps the situation is bad and you could do with some support.

ex. Neil was a nice guy. Everyone liked him. Always laughing and in a good mood. However, when his friend George had some problems Neil did not offer him any help and never returned his calls or emails. George was not very pleased. He was hoping that Neil would help him but instead he turned out to be just a fair weather friend.

EVERY CLOUD HAS A SILVER LINING – When you look at the dark clouds it usually means it is raining or it is about to rain. After a while you might notice a light colour. This usually indicates that the storm will pass and the sun will shine again soon. So when everything looks dark and bleak remember that the something better may happen soon.

ex. Michael lost his job. His boss told him he was sorry but there was just not enough work for everyone. However, he gave Michael a small payment as compensation and a very good reference. Michael was really delighted. He now had money to do the training course he had been hoping to do for a few years. This would help him to upskilland change his career. Every cloud does have a silver lining!

IT NEVER RAINS BUT IT POURS – When it rains very heavily we usually say it is pouring or pouring from the heavens. This indicates more than just a light shower. Well, when we say “it never rains but it pours” we are usually referring to problems or difficulties. When one problem arises it usually is followed quickly by another one and so on. So each problem brings on another issue.

ex. Jane received a letter from the tax office advising her that her tax was due the next day. No sooner had she opened the letter when she noticed a leak in her kitchen. The sink was leaking. That would cost a few pounds to fix and finally as if it could not get any worse the car would not start and she had to call the garage. Ah, it never rains but it pours!! 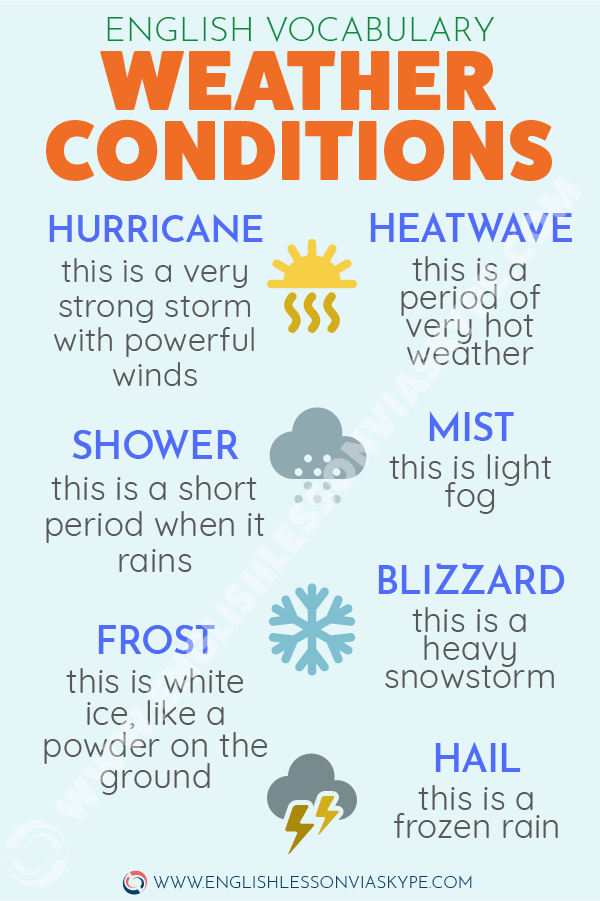 funny – strange
to be off work – to be on sick leave
to put finger on reason – to discover exactly what is happening (especially when something is wrong)
bleak – not so nice
to upskill – to improve your skills, to get an additional qualification

For more information on English Idioms and Expressions, English Grammar Rules and new vocabulary words and phrases, check out the following links:

Different Ways to Say NO in English 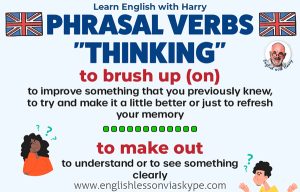 Phrasal Verbs About Thinking And Learning 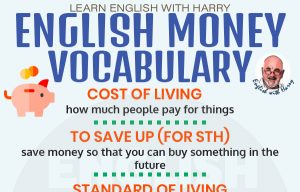 Here you will learn English money vocabulary words. Money matters are always of interest and importance to us. We either