Here you will learn 7 English idioms about change. To stick to your guns meaning. To reinvent the wheel meaning and more.

To complete your vocabulary on the topic of change, check out my post on Collocations with Change and other verbs you can use instead of CHANGE. 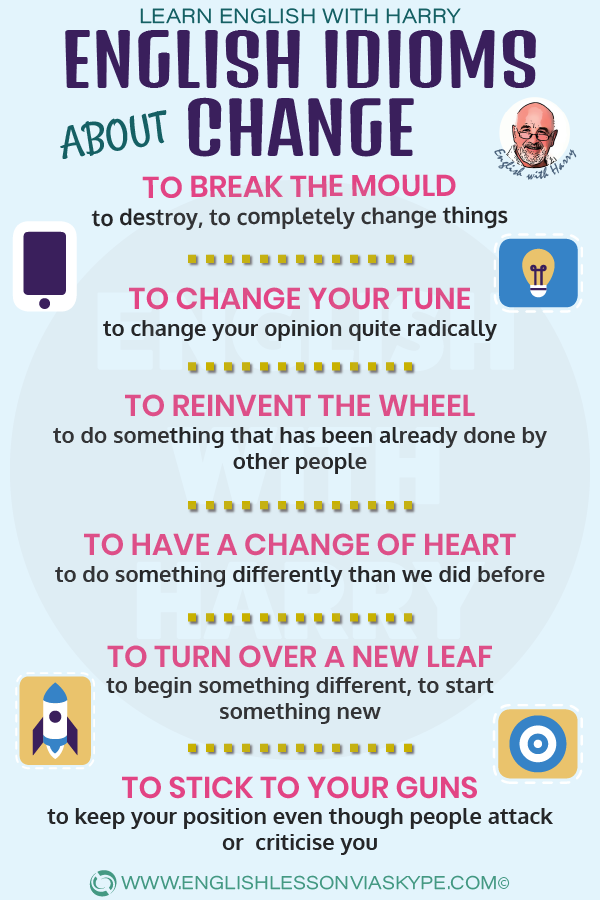 Hi there. This is Harry. And welcome back to my English learning podcast Speak Better English with Harry where I try to help you to understand and use English in a better way.

So what do I have for you in this particular podcast episode? We’re going to talk a little bit about change. Specifically, we’re going to look at the English idioms about change. I’ll give you an idiom, its definition and a good example of how to use it in English.

to break the mould

Meaning: to change the way we do things, to destroy, to completely change things

Mould  /məʊld/ – is something that you make to create a piece of pottery or a piece of sculpture that you pour in your clay, whatever it is to create this shape.

Neil broke the mould by being the first in his family to become a doctor.

In 1989 Tetley broke the mould with the introduction of the round tea bag.

There’s an expression in English.

🔴 They broke the mould when they made him.

This is quite an interesting expression because what it means is that you are very different from everybody else. So if people believe you are a little bit perhaps strange or unusual or you do things in a strange or unusual way on that nobody does it any different, then we are often said to have broken the mould.

to change your tune

Meaning: to change your opinion quite radically

They quickly changed their tune when they realised that I was the managing director. They apologised and promised to send a revised message as soon as possible.

She was quite rude to Jack at first, but then she changed her tune when someone mentioned how wealthy he was. 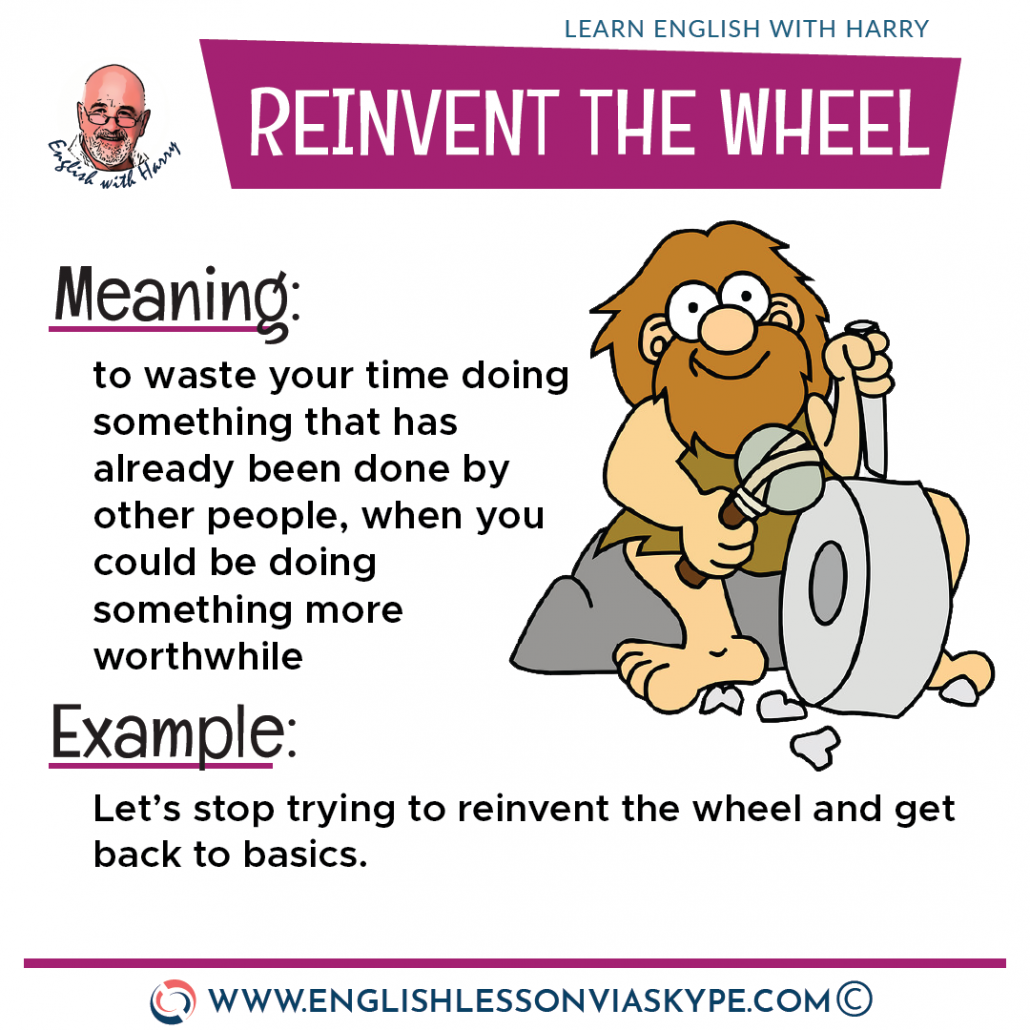 to reinvent the wheel

There’s no need to reinvent the wheel, why don’t we just use this application?

There is no point in reinventing the wheel or duplicating those services already established in the community.

to stick to your guns

Meaning: to keep with your decision on something and under no circumstances you are going to change your mind

The Prime Minister has reassured his pro-Brexit colleagues that he’ll stick to his guns.

I tried to persuade Mary to have some ice cream but she stuck to her guns.

And then the next idiom is

to have a change of heart

Meaning: to do something differently than we did before

I had a change of heart. I realised that the office is not such a fun place without my work colleagues and decided to work from home. 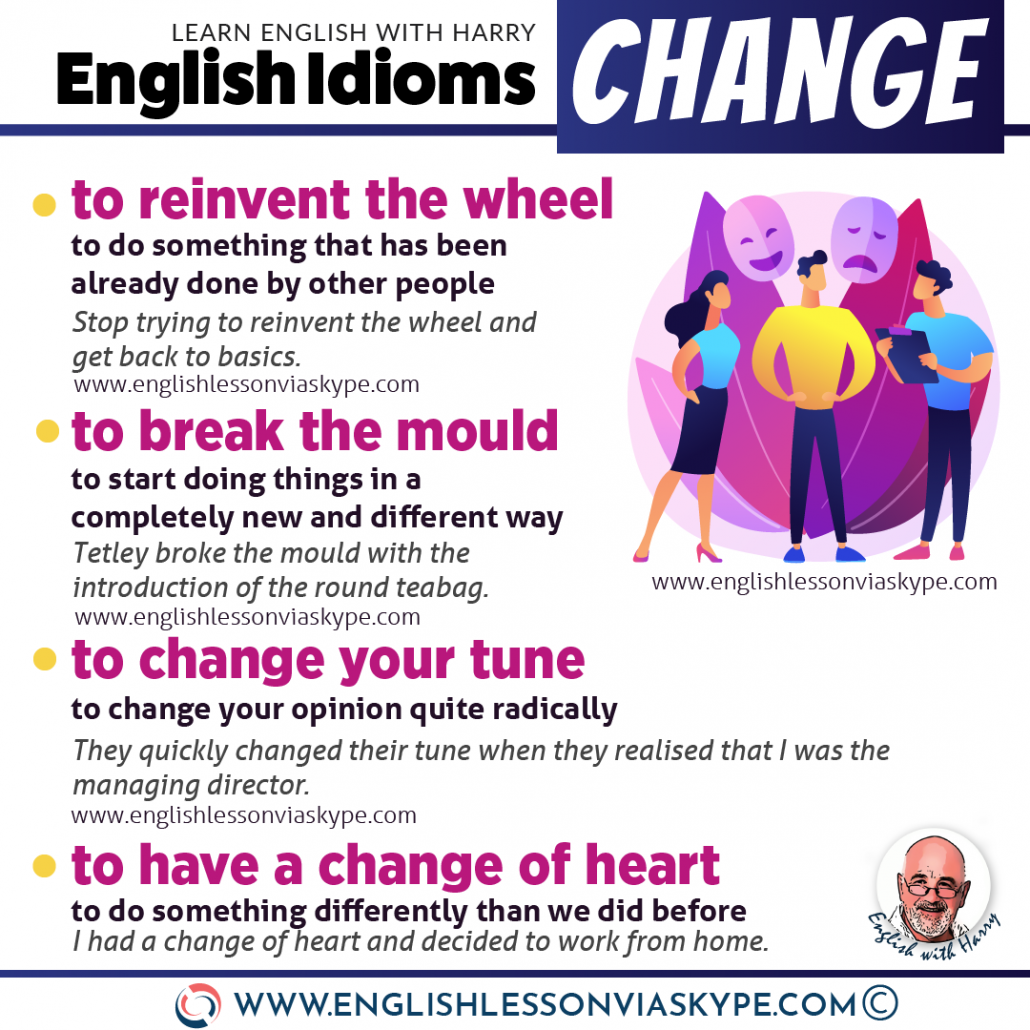 Meaning: to begin something different, to start something new

Sam has finally decided to turn over a new leaf and he’s looking for a new job.

a leopard cannot change its spots

Be careful with Peter. Remember, a leopard never changes its spots. He might be nice today, but I guarantee he will go back to his old ways in a few days.

So there are English idioms about change:

Thanks for listening to this podcast episode. As always, if you wish to contact me well, you can do so.

I am always delighted to hear from you, any suggestions that you have for future podcasts. I appreciate your listening.

Take care of yourselves and, as always, join me again soon.

Asking someone to do something