Here you will learn common English idioms about knowledge and understanding.

Scroll down to watch a video lesson. 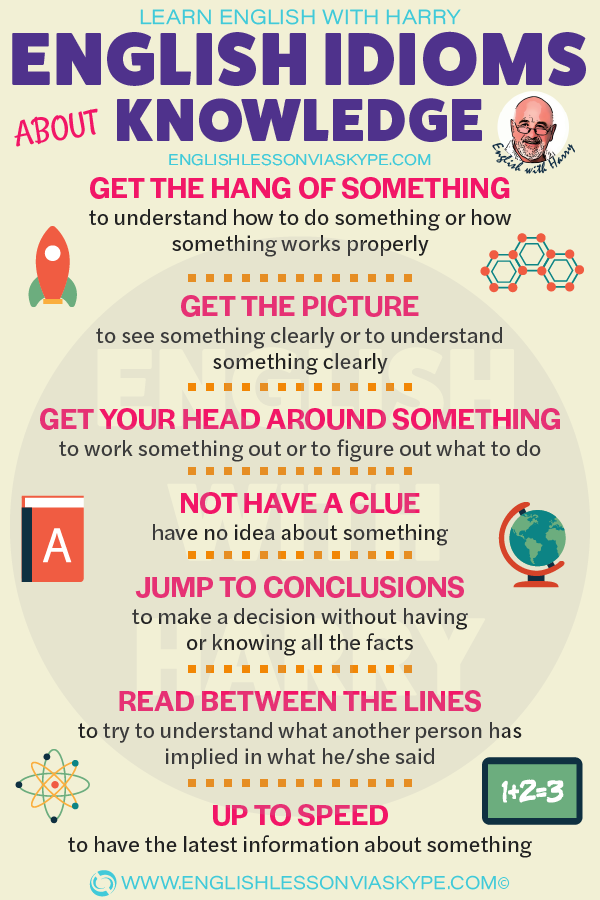 I’m sure that you are visiting this website because you would like to learn English and improve your English speaking skills. You would like to learn new English vocabulary words and gain new knowledge. Idiomatic expressions are a very important part of learning English, so today let’s take a look at English idioms about knowledge and understanding.

1. GET THE HANG OF SOMETHING

Meaning: to understand how to do something or how something works properly.

Example: I got a new phone. It was complicated at first but when I read the leaflet I soon got the hang of it and was able to use it.

Example: I did not know that Michael and Mary were dating, I saw them together in the park and soon got the picture.

3. GET YOUR HEAD AROUND SOMETHING

Meaning: to work something out or figure out what to do.

Example: My boss gave me a complicated task, it took me some time to understand what I needed to do but eventually I got my head around the problem.

Meaning: something not clear and not easily explained. When something is very clear we say it is black and white (easy to understand). If it is not easy it is somewhere in between, that is a grey area.

Example: He had two bosses both of them frequently gave him orders. He was not clear as to which one he should report to. It was a grey area for him. 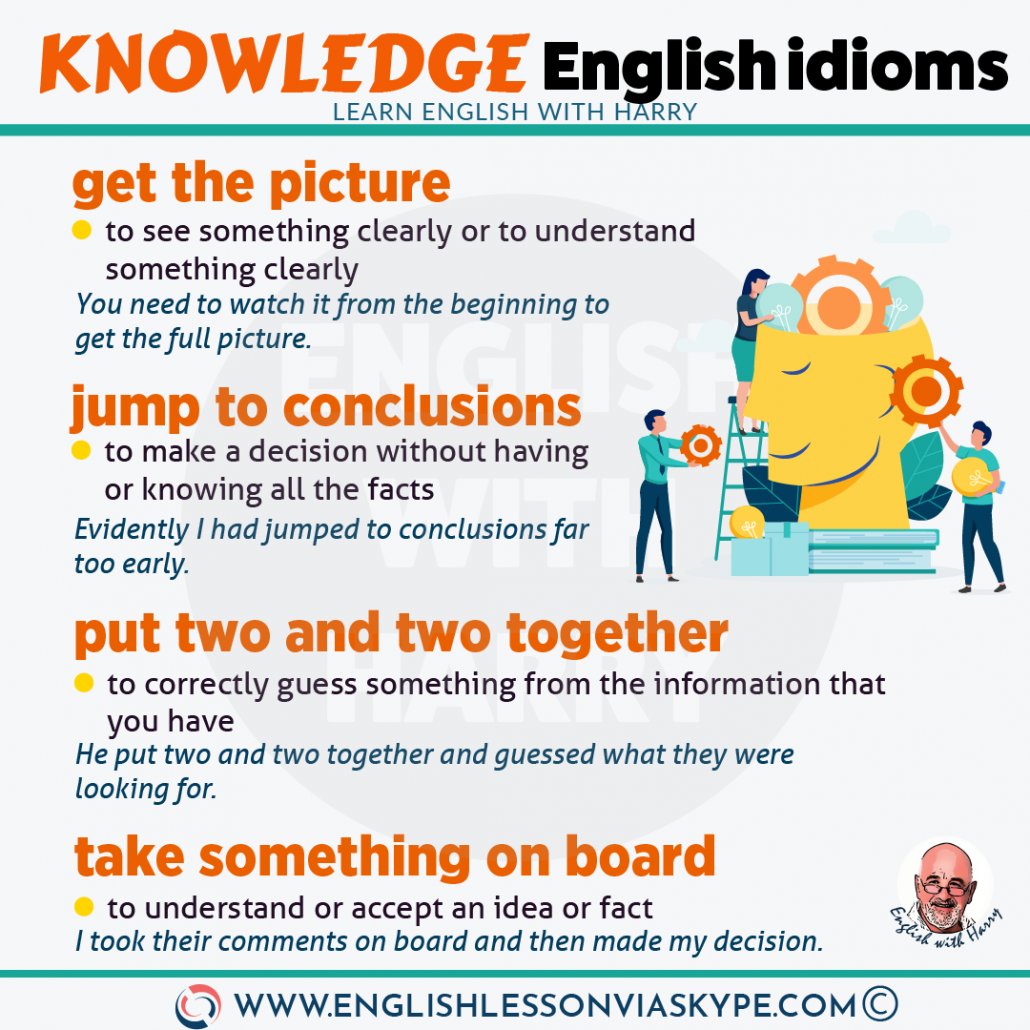 Meaning: have no idea about something

Example: John is 21 tomorrow and I do not have a clue as to what I should buy him.

Meaning: to make a decision without having or knowing all the facts.

Example: Brian was not home at his usual time 4pm. His mother jumped to the conclusion that he had had an accident.

7. READ BETWEEN THE LINES

Meaning: to try to understand what another person has implied in what he/she said.

Example: I got a letter from my daughter yesterday. She is coming home for a holiday. Reading between the lines I think she has broken up with her boyfriend.

Meaning: to have the latest information about something.

Example: The new boss interviewed all the staff and got up to speed very quickly.

9. TWO HEADS ARE BETTER THAN ONE

Meaning: solving problems, looking for solutions and brainstorming ideas with another person instead of on your own has many benefits

Example: How about working together on month end report? Two heads are better than one!

Meaning: can’t get my ahead around something, don’t understand something

Example: I listened carefully to my English teacher but I couldn’t make heads or tails of the grammar rules he was trying to explain.

Here we have common English idioms about knowledge and understanding. 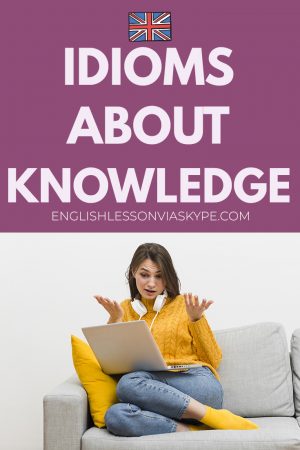 Expressions and Idioms with TAKE