What words can you think of connected with the mind or memory? How and in what circumstances do you use them? Let’s have a look at some memory related vocabulary. 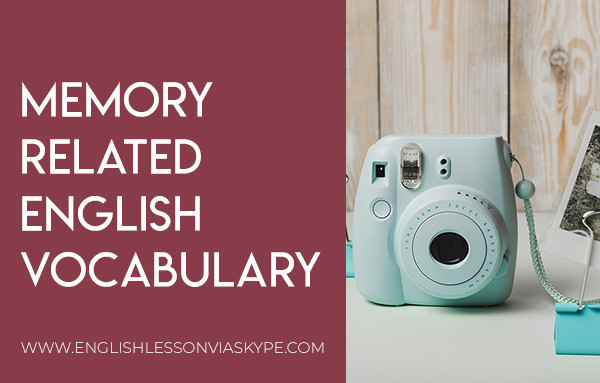 Students often confuse the use of REMEMBER and REMIND. The following examples should help you with all of these words.

to retain information in your mind.

I am now 50 years of age but can remember my first day at school quite clearly.

He can remember clearly the look on her face when he told her the news.

There is a ceremony held every year at which the victims of the earthquake are remembered.

To make someone remember something.

I am very busy for the next few days and could forget about your request. Please remind me tomorrow and I will try and help you.

I would like to remind everybody that next week is a holiday and there is no need to come to school.

He often wrote short notes to himself as a reminder to do something the next day.
The explosion at the church was a reminder to everyone that they need to be on their guard against racially motivated attacks.

In this English video lesson you will learn what is the difference between REMIND and REMEMBER. Remind vs remember. Intermediate level English lesson to help you improve your speaking skills.

Do you have a good or bad memory? Can you remember things easily?

He crashed his car a month ago and since that date has lost his memory but the doctors believe it will comeback slowly.

Something that is remembered from the past.

Her husband died suddenly after 40 years of marriage. However she has happy memories of their life together.

To learn something by heart.

The teacher gave them plenty of homework and they had to memorize ( learn by heart) a number of poems for their examination.

I did not have my mobile phone with me so had to memorize the phone number of the taxi company.

This is a monument or plaque that is erected in a town or city to honour people who have for example been killed in some war or tragic event.

The Queen of England places flowers every year at the war memorial in London to honour the soldiers who died in WWI and WWII.

To think about the old days .

The old ladies sit around the kitchen table every week and reminisce about the good old days. How they used to gather mushrooms in the forest and cook them on the open fire. Those were the days!!

They had not met each other for several years. They spent all night reminiscing about their days in college.

Someone trying to play tricks with your mind.

The political opponents were very careful not to show any weaknesses they were playing mind games with each other. 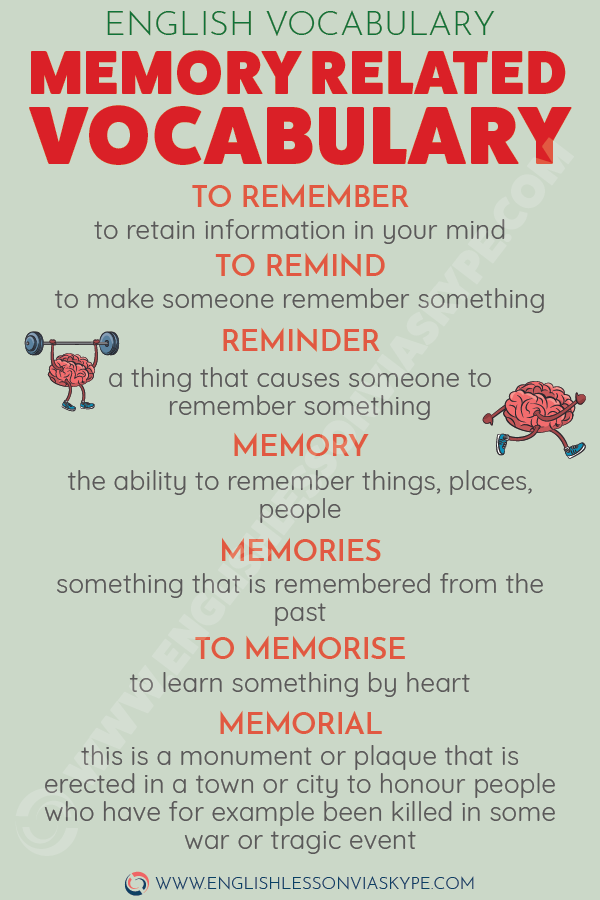 English Idioms about Memory and Mind

Uncountable and Plural Nouns in English

Asking and Giving Directions in English