Here you will learn English words and phrases to describe similarities.

What is the difference between SIMILAR and THE SAME AS?

Also, you will learn English idioms about similarities. 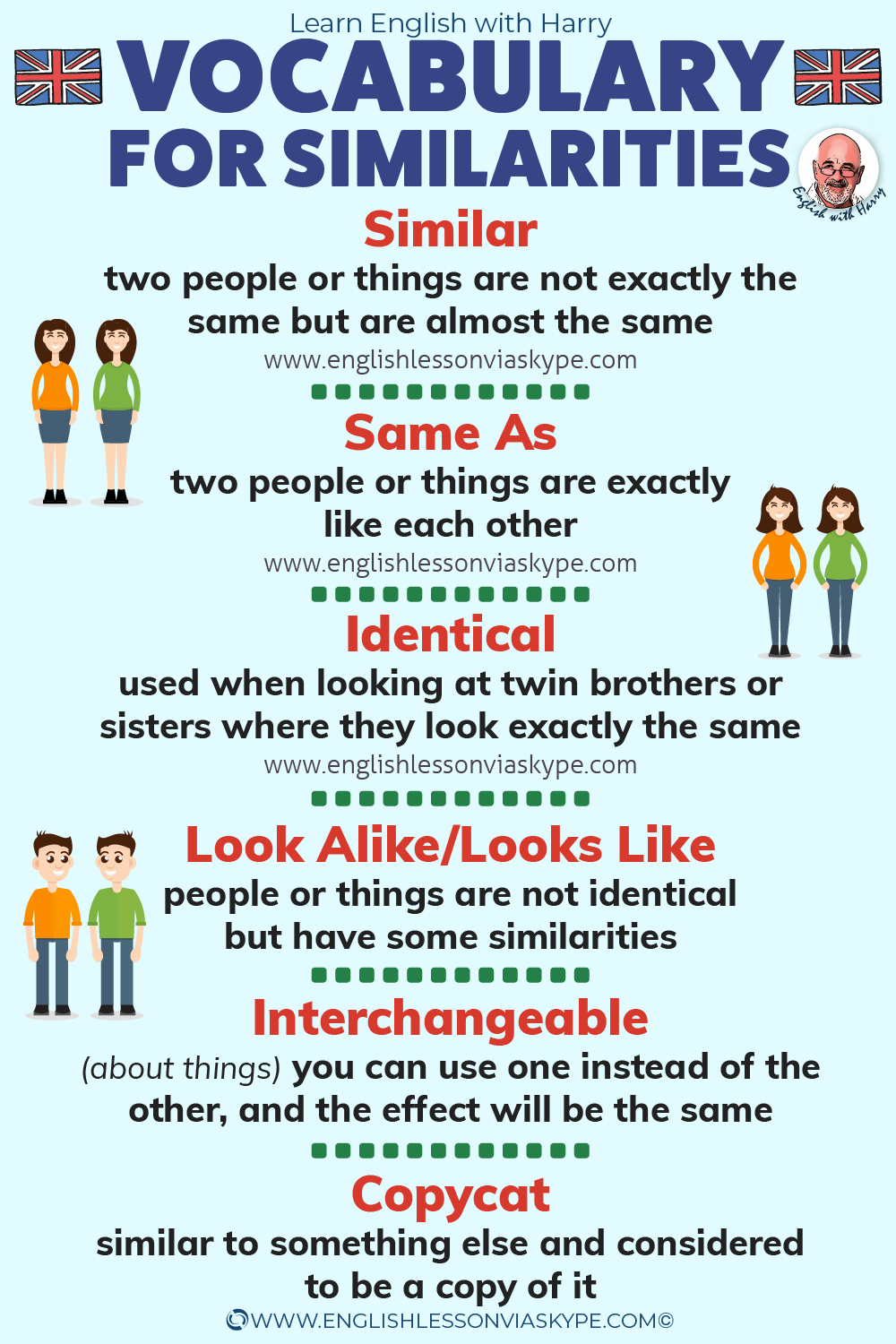 Today with a student I have been discussing the various ways to say something is similar to something else. What words come to mind when you think of this? Let’s learn English words to describe similarities.

When two people or things are not exactly the same but are almost the same then you can use similar.

The hairstyles were similar. A few changes but very similar. I noticed the similarities as soon as I looked at the photos.

When two people or things are exactly like each other then you can use “ same”.

John was reading Lord of the Rings part 1 chapter 2. I was reading exactly the same part of the book. What a coincidence.

Anna’s hairstyle is the same as mine.

Always used when looking at twin brother or sisters where they look exactly the same.

Have you any identical twins in your school? Yes, we have three sets of twins. Two are identical but I can see differences in the third set. But it is not always about boys/girls. The streets were identical, the same houses and trees on both sides. Only the names differed.

They are not identical but have some similarities.

You would know they are brothers. They look alike.

He reminds me of his father. Yes, he looks like him alright.

This is very informal but used to speak of similarities often in people.

He is the spitting image of that guy from the rock band. What is his name? He looks like him, the same hairstyle and everything!

another informal way to refer to similarities between people.

He is the double of the actor from that science fiction film.

Some English idioms about similarities also spring to mind:

cut from the same cloth

Meaning: when two people are very similar in character or behaviour

When Peter and Marian first met, they knew immediately that they were cut from the same cloth.

much of a muchness

Everyone always asks what you prefer, tennis or badminton… In tennis you’re more involved but, I don’t know, it’s much of a muchness really.

Meaning: all peas look the same, which means that two people are very similar to each other

She and Liz were very close, because they were the closest in age and, those two, they were like two peas in a pod.

the mirror image of

Sam’s youngest daughter is the mirror image of his mum.

In order to learn English words to describe similarities, try to practise and use them in a sentence. 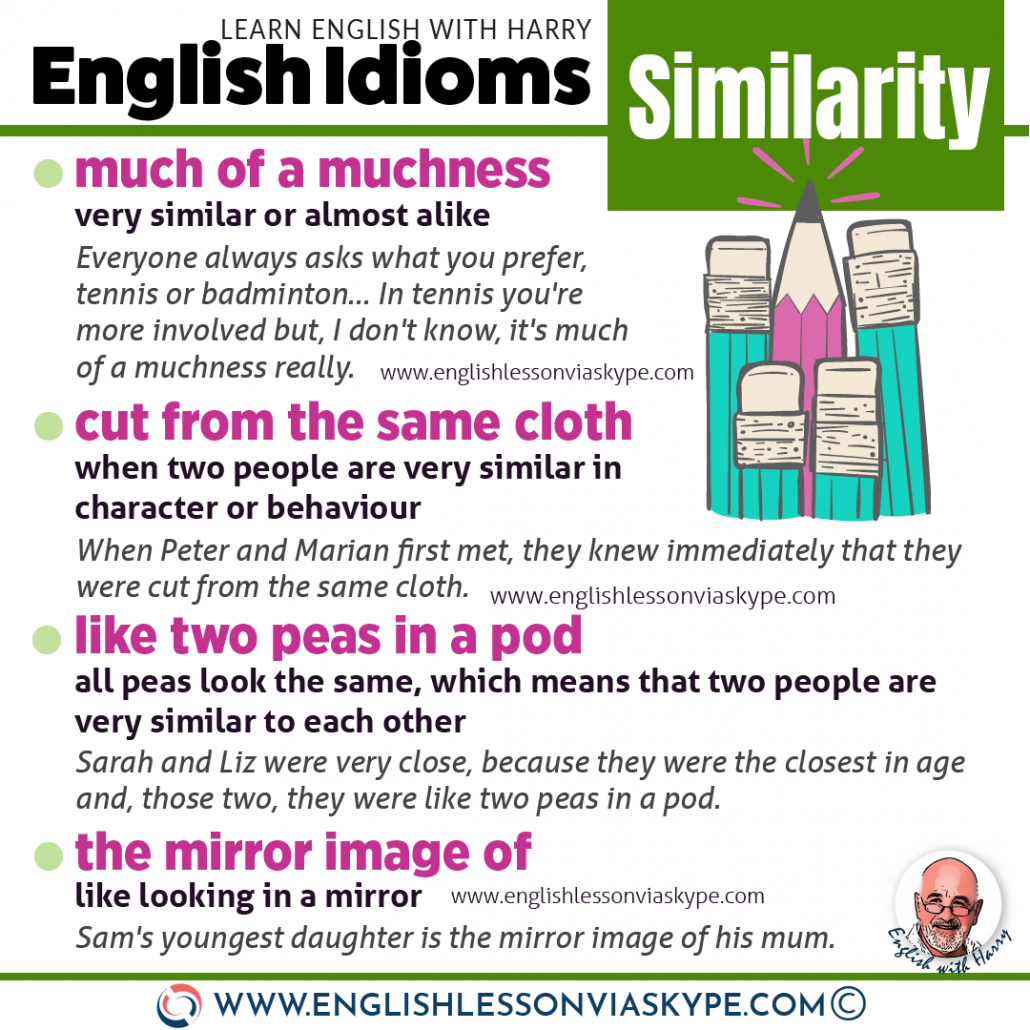 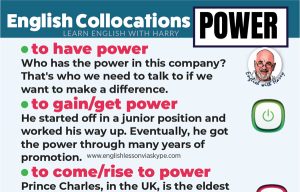 Learn English collocations with power. Fixed English expressions will help you speak English naturally and sound like a native speaker. 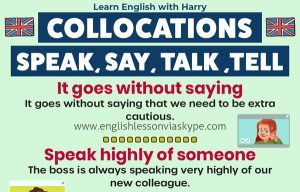 Here you will learn popular collocations with say, speak, talk and tell.  Learn English natural collocations and speak like a 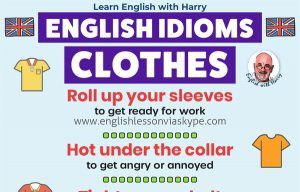