There are lots of verbs in the English language that express different sounds. How do we distinguish them? Well, hopefully this blog will give you an insight in to some of the English verbs expressing sounds. Many of them can also be used as a noun. 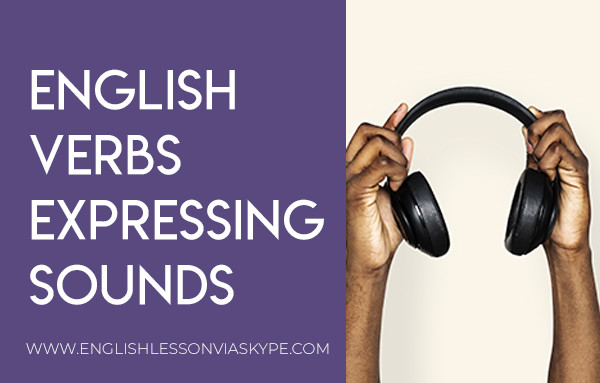 Today we associate this word as a noun connected to these flying gadgets controlled by a hand held device.

However, as a verb we can express a sound that someone makes when they go on and on about something in a very monotonous boring voice.

It can also relate to a humming noise similar to that made by bees.

Example: My boss is very boring, he drones on at work every week about compliance. Compliance, compliance that’s all I seem to hear all week!!

When you are struggling for air or when you try swimming under water without breathing you come to the surface gasping for air.

Informally we sometimes use it to describe when we are very thirsty on a hot day and in need of a cold drink.

Example: I’m gasping, could you pass me the bottle of water.

A GASP as a noun is this sound people make when they get a little shock.

For example, if you are in an audience watching a show and an acrobat is trying something quite dangerous the audience gasp when he almost falls.

A Yell is a loud shout we make when we want to be heard about the noise of everyone else or we yell when we are perhaps annoyed.

Example: There was a large noisy crowd in the train station. I was waiting for my friend and I had to yell so that he could hear me.

My neighbours are always arguing. I can hear them yelling and screaming at each other most days.

A chant is a simple song or melody normally repeated several times.

For example, football fans chant the names of their favourite players when watching a football match.

Example: Messi was playing another great name and after he scored the winning goal the fans chanted his name for the remainder of the game.

We are probably all familiar with this. We all moan from time to time when we don’t want to do something or something is not right.

Children in particular moan when their parents constantly ask them to do something.

This is like an animal sound. Usually associated with pigs. Pigs snort. Humans can also snort.

To snort is usually a sign that we are unhappy about something and the noise comes from the nose not the mouth.

Example: – Did you see the neighbours got a new car?
– Huh, he snorted, another one. They are always changing their car!

A familiar sound for those of you that have children.

The loud scream of a crying baby.

The frightened scream whilst watching a scary movie.

These are all examples of this high pitched noise.

People scream to show they are angry or to get attention when they are being ignored.

Example: She screamed at her husband because he refused to apologise.

This also a sound we make when we complain but it is usually a quiet soft sound the opposite of a scream.

A dog that has been scolded for misbehaving is likely to whimper.

Similarly a child who has been scolded by its parents might do the same.

Example: The child whimpers a low sob holding back the tears: ” I’m sorry I didn’t mean it. Can I play with my toys, please?”

When we do not like something we are watching or disagree with someone’s performance in particular where we have paid money to watch the performance.

The opposite fans in a football match will often boo the player from the other team who is about to take a very important penalty kick.

Or they will boo a player on the opposite team who once played for their team.

Politicians are always booed when they make speeches before an election. 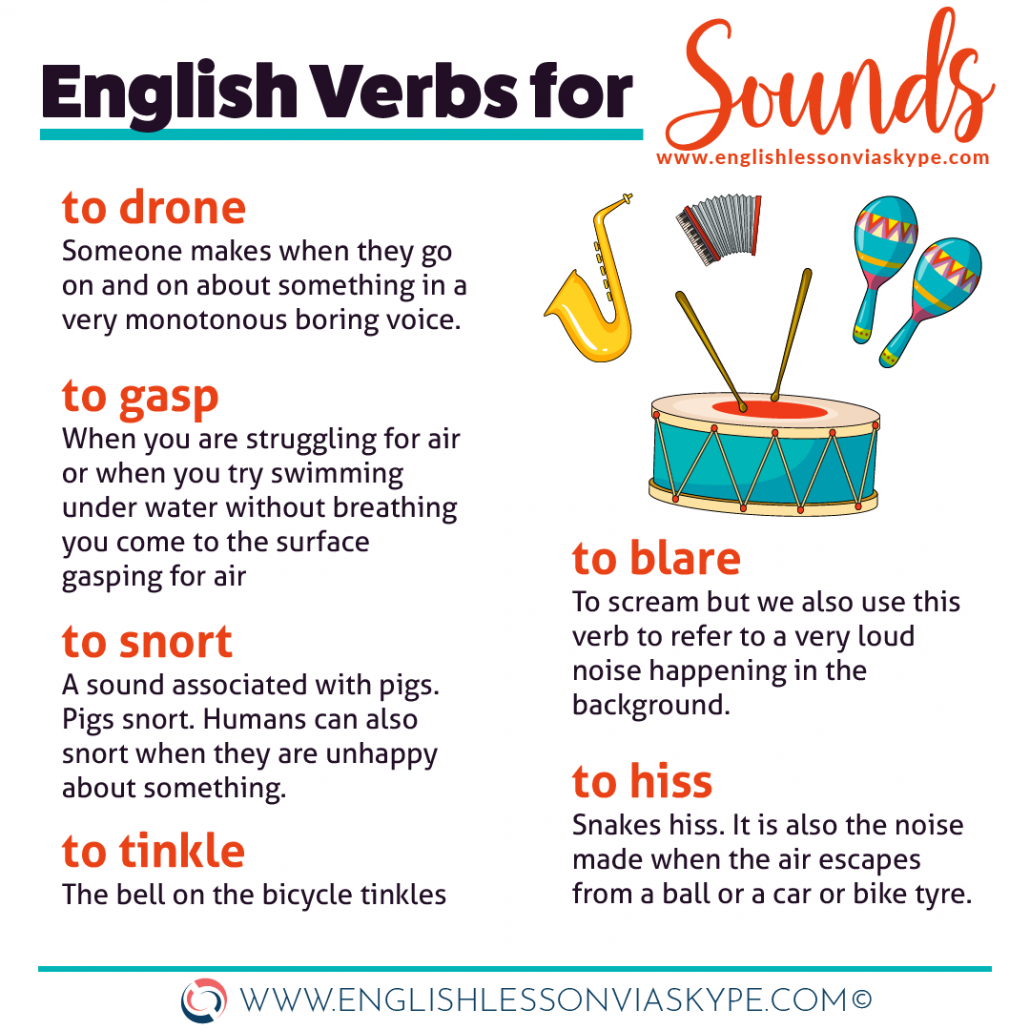 This is the opposite of to boo. We cheer when something good happens or the speech is right on the money (what we want to hear).

A loud cheer could be heard coming from the football stadium. The home team had obviously scored a goal.

Example: He cheered when he heard the news that the hostages had been released.

This is quite informal. We can pop a balloon (when we burst it) it is the noise the balloon makes if we blow it up and then burst it by sticking a needle into it.

We pop a bottle of champagne to celebrate. When we open the bottle and take out the cork the champagne pops.

Example: It was New Years Eve and when the Church bells rang you could hear the sound of champagne corks popping in the restaurant.

This is a “hot” sound. When we cook meat in a frying pan or on a BBQ you can hear the meat sizzle as it cooks.

Example: I always enjoy the sound of sausages sizzling on a pan when I make hotdogs for the family.

We also use this verb to express the feeling if we lie too long in the sun.

Example: I lay on the beach and sizzled in the sun.

It is also the noise made when the air escapes from a ball or a car or bike tyre.

Example: I could hear the sound of hissing air as soon as I drove over that broken bottle. My tyre was flat (no air/ punctured) in no time at all.

To blare is also to scream but we usually use this to refer to something happening in the background like a loud TV set or someone playing music on a radio very loudly.

Example: Do you have to have that music blaring all night. The neighbours will complain again. Please turn it down now!

This is a quiet sound, like a small bell.

The bell on a bicycle tinkles when we ring it to warn someone we are behind them.

The small bells inside a Christmas tree decoration tinkle when you shake it.

Example: Emily touched the tiny bell and shook it gently, the soft sound tinkled in the air.

We mentioned earlier about the popping of champagne corks when we celebrate New Year.

When the champagne is poured into the glasses we clink our glasses together and say cheers as a sign of the celebration.

Also when someone wants to get everyone’s attention, for example at a wedding.

Example: He gently clinks his glass: “And now Ladies and Gentlemen it’s time for the speeches!”

Usually, a noise we associate with curtains or long dresses as they move in a certain direction.

At night time we often close (or draw) the curtains by pulling on a light rope or string and the curtains swish as the close.

A dog can swish its tail as it wags it when happy.

Example: He rattled the package to see if he could guess what was inside.

An impatient child at Christmas might rattle his presents to find out what he got.

The rattlesnake one of the worlds most deadly snakes makes a rattling noise as it moves its tail.

To ramble is to talk for a long time but not with any great structure or organisation.

A person who rambles usually forgets what he was originally talking about and gets easily distracted.

Example: The old professor loved to talk about history but in the middle of his lecture he would often start talking about politics or economics and ramble on for a long time.

This is again associated with animal noises.

A squeak is a quiet little noise often made by mice and similar rodents.

Someone who speaks very gently can also be said to “squeak”. It is a short quiet shrill like sound.

New shoes often squeak when we first wear them.

Floor boards squeak when we walk on them.

Example: We literally cannot walk along the entire first floor without the sound of squeaking boards. 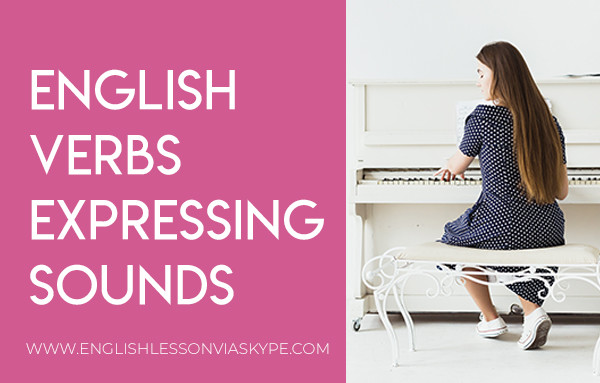 Here is your chance to master English Grammar Tenses so you can speak English fluently and with confidence, sign up for 3 hour English Grammar Rules Refresher Course. Click on the link to read more.

English Money Vocabulary – How to Talk about Money in English